The award recognizes the impact Mashour’s research has had in the field of anesthesiology. 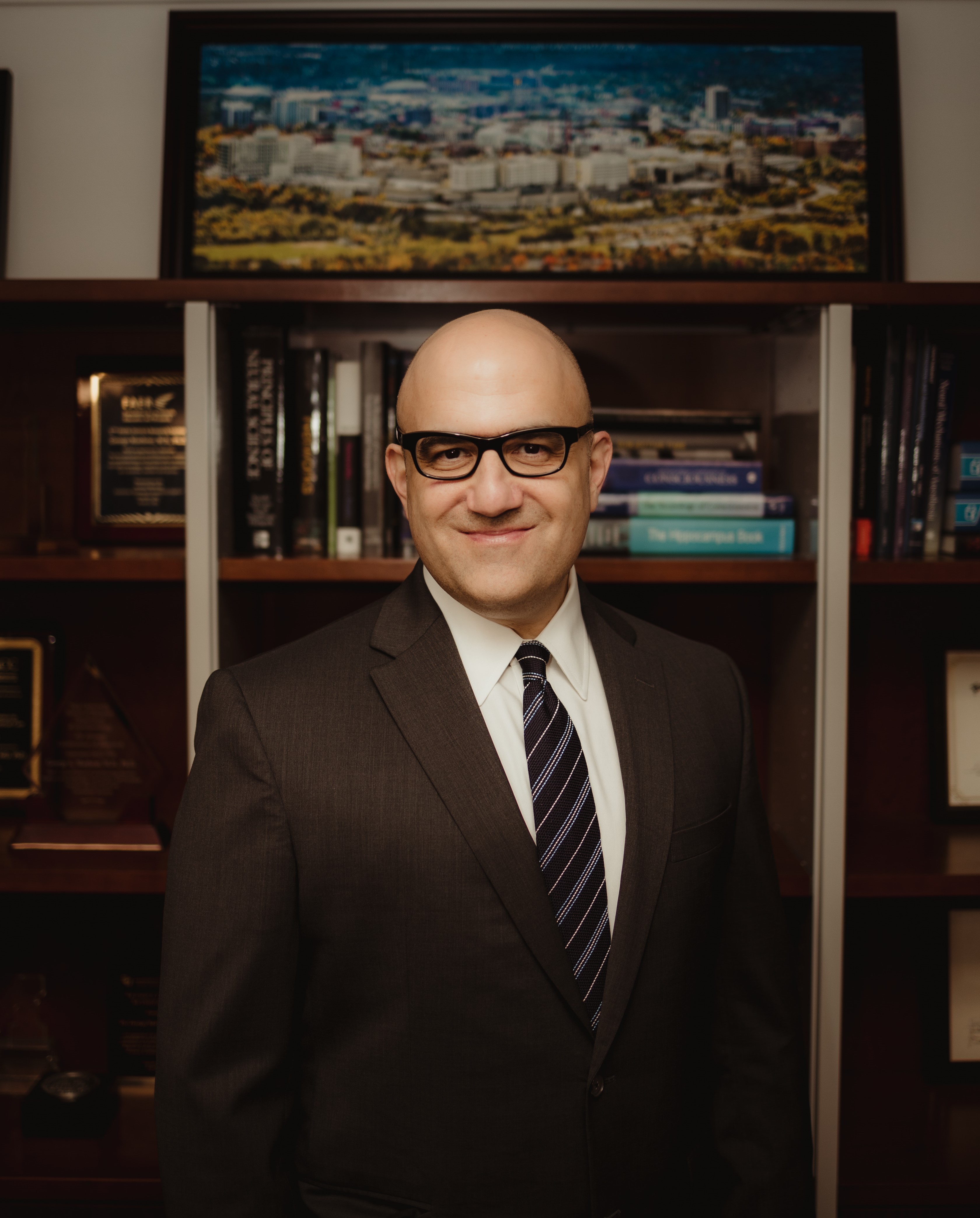 George A. Mashour, M.D., Ph.D., is the recipient of the 2021 American Society of Anesthesiologists (ASA) Excellence in Research Award for his significant work on the neurobiology of consciousness and unconsciousness, as well as his contributions to academic anesthesiology and translational science.

Mashour is chair of the Department of Anesthesiology and the Robert B. Sweet Professor of Anesthesiology. He holds additional faculty positions as a professor in neurosurgery, pharmacology, and psychology; he is also a faculty member in the Neuroscience Graduate Program.

“I am truly honored to receive this recognition. I feel incredibly fortunate to work with such a remarkable team of scientists and clinicians in the Department of Anesthesiology and the wider University of Michigan community of scholars,” Mashour said.

A staunch physician-scientist, Mashour’s research has focused on consciousness and the mechanisms of unconsciousness across physiologic, pharmacologic, and pathologic conditions. To study these questions, Mashour built a multidisciplinary team that spans neuroscience, anesthesiology, physics, network science, biomedical engineering, psychology, and even philosophy. Mashour and his team have made important contributions to the field of anesthesiology, from foundational science on anesthetic mechanisms to large-scale clinical trials focused on intraoperative awareness and delirium.

“George is an innovative and accomplished researcher: He was named Presidential Scholar by the ASA as a junior faculty member, joined the editorial board of our premier journal, Anesthesiology, and is among a handful of anesthesiologists who have been elected to the National Academy of Medicine,” said Kevin Tremper, M.D., Ph.D., professor and former chair of the Department of Anesthesiology. “But his impact extends beyond research. He is an engaging leader who supports and promotes the careers of his colleagues. I can think of no one more deserving of this award.”

Mashour is currently the top NIH-funded anesthesiology faculty member in the U.S., according to the Blue Ridge Institute for Medical Research. He has authored more than 200 publications and served as lead editor of five textbooks on anesthesiology and neuroscience. He previously served as the University of Michigan Medical School’s associate dean for clinical and translational research and director of the Michigan Institute for Clinical & Health Research, which he now co-directs. Mashour also founded the Center for Consciousness Science and the Center for Drug Repurposing, both at the University of Michigan.

The ASA Excellence in Research Award annually recognizes one individual for outstanding achievement in research that has had an important impact on the practice of anesthesiology, according to the ASA’s website. The organization will present Mashour with the award on October 11, 2021, during the Anesthesiology Annual Meeting Celebration of Research, where he also will give a lecture on his work.

The University of Michigan Department of Anesthesiology will have more information about Dr. Mashour’s research and his Anesthesiology Annual Meeting lecture in fall.