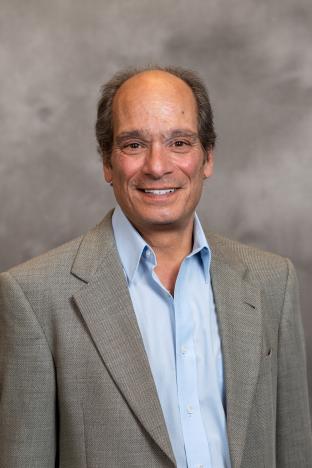 Professor Ninfa’s research focused on bacterial nitrogen regulation, and on elucidating the design principles of natural and synthetic signal transduction systems. This research resulted in numerous multiyear NIH and NSF grants, over 80 peer-reviewed publications, chapters in books, and presentations at international meetings. A gifted teacher, Professor Ninfa served as course director for Introductory Biochemistry and Biochemistry II, and, with Professor Emeritus David P. Ballou, developed an undergraduate course in biotechnology and published a widely used textbook. He was both director and co-director of the Biological Chemistry Master’s program since its inception in 2016. An exceptional mentor, he served on numerous thesis committees and mentored many undergraduate, graduate, and postdoctoral students. Administratively, he participated in multiple departmental committees in Biological Chemistry, as well as in the Medical School’s Advisory Committee on Appointments, Promotion, and Tenure (ACAPT) and the Biomedical Research Council. He received the University of Michigan’s Henry Russel Award in 1999, was elected a fellow of the American Academy of Microbiology in 2011, and was awarded the Endowment for Basic Sciences Teaching Award in 2015.