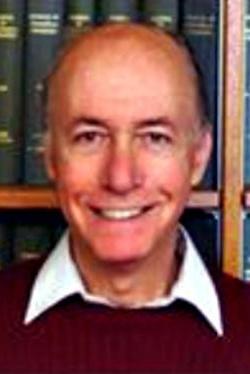 Professor Gafni received his B.Sc. (1964) and M.Sc. (1966) degrees from Hebrew University. He received his Ph.D. (1973) degree from the Weizmann Institute of Science. He joined the University of Michigan Medical School faculty as an associate professor of biological chemistry and associate research scientist in 1983, and was promoted to professor of biological chemistry and senior research scientist (now research professor) in 1991. He received an additional appointment as professor of biophysics in 2009 and retired from active faculty status in 2018.

Professor Gafni's research focused on protein folding diseases and understanding how to quantitatively explore the role of protein misfolding in human disease. He brought to these studies novel methods that integrated biochemical approaches with single molecule imaging and spectroscopy. Professor Gafni's efforts led to important insights into the integrity of a protein's folded state throughout aging and in the context of specific diseases, such as Alzheimer's related diseases, and to the identification and characterization of cytotoxic protein states that influence human disease states. A remarkable leader, teacher, and mentor, he was actively involved in the training and development of a generation of new scientists at the undergraduate, graduate, and postdoctoral levels. Professor Gafni taught a number of core graduate courses in biological chemistry and biophysics, played a pivotal role in the development of the biophysics undergraduate curriculum, and made important contributions to his respective departments, the Institute of Gerontology, and the University. He was actively involved in a number of professional associations, including the Biophysical Society, the Gerontological Society of America, and the Society of Fluorescence. Professor Gafni was named an American Heart Association Senior Investigator (1982–83), elected a fellow of the Gerontological Society of America (1992), and inducted into the Johns Hopkins Society of Scholars (1998).