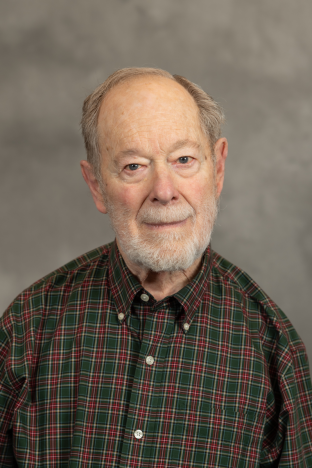 Professor Williams' entire career has been dedicated to the study of one family of flavoenzymes, which are enzymes containing the B-vitamin riboflavin. For many years he applied his vast knowledge of this enzyme family to the development of a much needed new malaria prophylactic. This incredible effort required Professor Williams to coordinate six laboratories, both in this country and abroad. His work has resulted in the publication of more than 110 papers in prestigious peer-reviewed journals.

In addition to his research, Professor Williams taught the biochemistry course for medical students for thirty years as well as several courses in the graduate program. He trained twelve graduate students and twenty postdoctoral fellows, many of whom have gone on to distinguished positions in academia. Professor Williams has served on numerous advisory groups, including the Research and Development Committee at the Veterans Affairs Medical Center and the Biomedical Research Council of the Medical School. He served as coordinator for research at the Veterans Administration Medical Center from 1977–79. Professor Williams received the Distinguished Faculty Achievement Award in 1992 and the Council's Choice Award for outstanding contributions to the Inteflex Program in 1993.

The relationship of the redox potentials of thioredoxin and thioredoxin reductase from Drosophila melanogaster to the enzymatic mechanism: reduced thioredoxin is the reductant of glutathione in Drosophila.
Cheng Z, Arscott LD, Ballou DP, Williams CH Jr.
Biochemistry. 2007; 46: 7875–85.