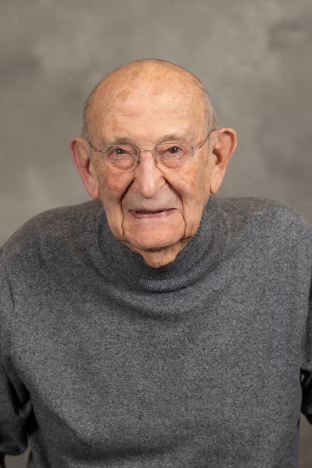 Professor Aminoff received his B.Sc. degree from Chelsea Polytechnic, London, in 1945 and his Ph.D. degree in biochemistry from London University in 1949. In 1950 he emigrated to Israel where he participated in two pioneering endeavors: the creation of a new Institute for Biological Research, where his research focused on cholera (in anticipation of a potential epidemic resulting from the influx of immigrants from endemic areas), and the setting up of the Marcus Institute for the Fractionation of Blood for the Israeli Red Cross (Magen David Adom), which was established in 1956. This latter venture involved visiting blood banks and plasma fractionation centers throughout Europe and the U.S. and led to his appointment as an exchange scientist in the laboratories of Professor Erwin Chargaff at Columbia University in 1955–56. From 1957–60, he was a research associate at the Public Health Research Institute of New York, Inc., where he developed an assay for viral and bacterial sialidases, detecting free sialic acid in the presence of the bound compound. That assay became extremely popular and earned him the recognition of a citation classic.

Professor Aminoff came to the University of Michigan as a research associate in the Rackham Arthritis Research Unit in 1960, moving to the Simpson Memorial Institute in 1962. He was promoted to assistant professor of biological chemistry in 1966, associate professor in 1970, and professor in 1980. At the Simpson Memorial Institute he worked on the development of a universal blood donor type for transfusion and studied the mechanism for clearance of senescent erythrocytes from circulation. In recognition of these studies, the University of London bestowed on him the D.Sc. degree in 1974. From 1985–91 Professor Aminoff was a research scientist in the Institute of Gerontology, exploring the mechanisms of cellular aging. He then returned to the Department of Biological Chemistry, where he continued to pursue his interests in erythrocytes, collaborating with colleagues within the University and in France, India, and Israel. He retired from active faculty status in 1999.