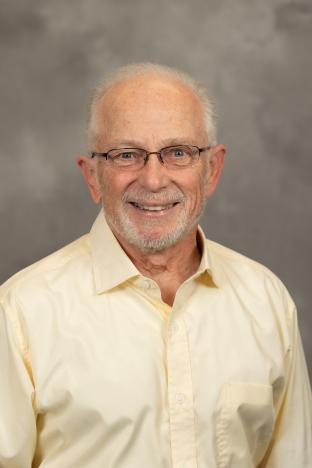 Redox enzymes participate in all organisms and are crucial to normal metabolism of endogenous substrates, and for the biosynthesis and biodegradation of pharmacological and toxic substances. We are examining flavoprotein, hemoprotein, and nonheme iron oxygenases, as well as other redox proteins that can be isolated in homogeneous form with the goal of elucidating fundamental mechanisms of enzymological catalysis. In particular, we study how several of these enzymes activate oxygen and control reactions with organic compounds. Our investigations use a variety of approaches, including spectral and rapid reaction techniques for characterizing active sites and intermediates in the reactions, site-directed mutagenesis to specifically test roles of particular amino acid residues in each of the steps of the reaction, and X-ray crystallography, in collaboration with other laboratories, to define the relationship of structure and function in these enzymes and their mutants.

I. Flavoprotein oxygenases carry out hydroxylations of many substances including aromatic compounds. Some of these enzymes use both a flavin reductase and an oxygenase, and others use a single protein to carry out these complex reactions. We are studying how the protein environments efficiently bring about catalysis of hydroxylations, halogenations, and even flavin cannibalism, reactions that are rarely accomplished by organic flavin models. We have active collaborations with Dr. Barrie Entsch in Australia, Dr. Pimchai Chaiyen in Thailand, Dr. Chris Walsh at Harvard, and Dr. Graham Walker at MIT.

II. Nonheme iron-containing dioxygenases and monooxygenases in soil bacteria are critical to the microbial degradation of persistent and toxic aromatic and aliphatic compounds in the environment. We are investigating electron transfer reactions between the FMN and [2Fe–2S] centers and the mechanism of the oxygenation reaction at the mononuclear iron center of the oxygenase of the 2-component phthalate dioxygenase system. This system is a prototype for Rieske nonheme iron oxygenases that catalyze oxygenations of poorly reactive aromatic compounds.

III. We are investigating higher oxidations states of cytochromes P450 to better determine their potential in oxygenating a large variety of compounds including endogenous and xenobiotic chemicals. P450s are especially important in drug metabolism. In addition, many cytochrome P450s are involved in the biosynthesis of pharmaceutically important compounds. We are using hydroperoxides, peracids, and other oxidants to generate higher oxidations states of P450, including Compound I (oxidation state of +5), which contains ferryl (Fe=O) and a porphyrin cationic radical, Compound II (oxidation state of +4), which contains ferryl, and Compound ES (oxidation state of +5), which contains ferryl and an amino acid radical. These studies are in collaboration with Dr. John Dawson at the University of South Carolina, and Dr. Brian Hoffman at Northwestern University.

IV. We are studying thioredoxin reductase and related flavoprotein dithiol reductases in collaboration with laboratories in Germany, Scotland, and Rush Medical School. This project is co-directed by Dr. Charles Williams, Jr. These enzymes are crucial to many biological functions, especially those dealing with oxidative stress and protein folding. We are investigating enzymes from human, mosquito, and the malarial causative agent P. falciparum with the hope of developing inhibitory drugs for combating malaria, and from schistosomes with the aim of finding drugs to combat schistosomiasis.

V. We are also collaborating with several laboratories on studies of additional redox enzymes. Among these are: James Bardwell (U of Michigan) on proteins using disulfide-dithiol interchange mechanisms that aid in protein folding, Paul Hollenberg (U of Michigan) on P450 enzymes, Neil Marsh (U of Michigan) on glutamate mutase (B12), and Elizabeth Trimmer (Grinnell College) on the flavoprotein, methylene tetrahydrofolate reductase.