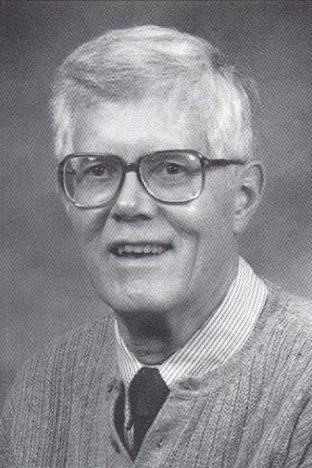 In his research laboratory, Professor Hultquist mentored nine biological chemistry doctoral students and a large number of students in undergraduate, medical, and interdisciplinary graduate programs. His research focused on the catalysis of oxidation-reduction reactions in red blood cells and on the functioning of antioxidant systems. Previously unrecognized hemeproteins, copper proteins, reductases, and proteases were isolated, chemically characterized, and studied with regard to biological function and medical significance. He gained particular recognition for the elucidation of the methemoglobin reduction system and the system by which riboflavin prevents oxidative damage in tissues.

Professor Hultquist developed highly successful curricular innovations. He taught the first undergraduate biochemistry course on campus and coupled this with a research-based enrichment seminar. For second-year Inteflex students, he designed and taught a medical biochemistry course, which stressed active student participation. For medical students, he incorporated successful aspects of the Inteflex course, developed and taught a pre-matriculation summer course, and set up a clinical correlation program in which fourth-year medical students taught first-year students. He designed individual programs for M.D./Ph.D. students and then encouraged the school to apply for funding for a combined M.D./Ph.D. program. For his efforts in teaching, he was awarded the University's Outstanding Teaching Award. Professor Hultquist served for one year as the acting director of the Graduate Program in Cell and Molecular Biology and for thirteen years as director of the medical biochemistry and molecular and cell biology courses. From 1996–2000, he was associate chair of the Department of Biological Chemistry and administrator of its graduate program.