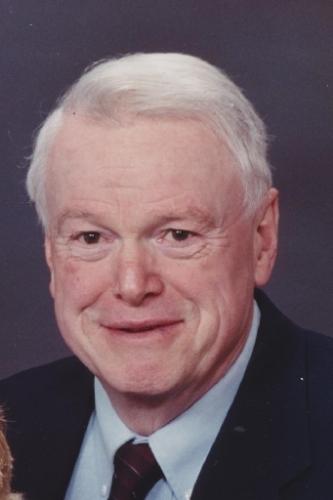 Dr. George Wiliam “Bill” Jourdian, Professor of Internal Medicine and Professor of Biological Chemistry in the Medical School, retired from active faculty status in 1999. He passed away on November 28, 2015.

Professor Jourdian's work focused on the biochemistry of glycoproteins and carbohydrates and the relationship of carbohydrate-containing macromolecules to the biology of cartilage. He is best known for discovering the phosphomannosyl receptor, a molecule that controls the trafficking of lysosomal enzymes between intracellular and extracellular compartments. This discovery, reported in the Proceedings of the National Academy of Sciences in 1981, is a landmark achievement. Professor Jourdian also developed a method for culturing chondrocytes on alginate beads that simulates the microenvironment of cartilage. Investigators worldwide adopted this technique.

Professor Jourdian was an inspiring and highly respected teacher of graduate and professional students. His expertise in the biochemistry of glycoconjugates was sought by colleagues throughout the world. He served on the editorial board of the Journal of Biological Chemistry and on the Physiological Sciences Study Section of the National Institutes of Health. He also held several positions as an officer in the Society for Glycobiology and was president of this society from 1987–89. In 1989, he organized the meeting of the Society for Complex Carbohydrates that was held in Ann Arbor that year.

Throughout his career, Professor Jourdian continued to personally conduct experiments in his laboratory, rather than being content to direct the efforts of technicians and students. He was a role model for generations of young scientists in training for more than three decades.