The Ragunathan lab publishes a research article in eLife 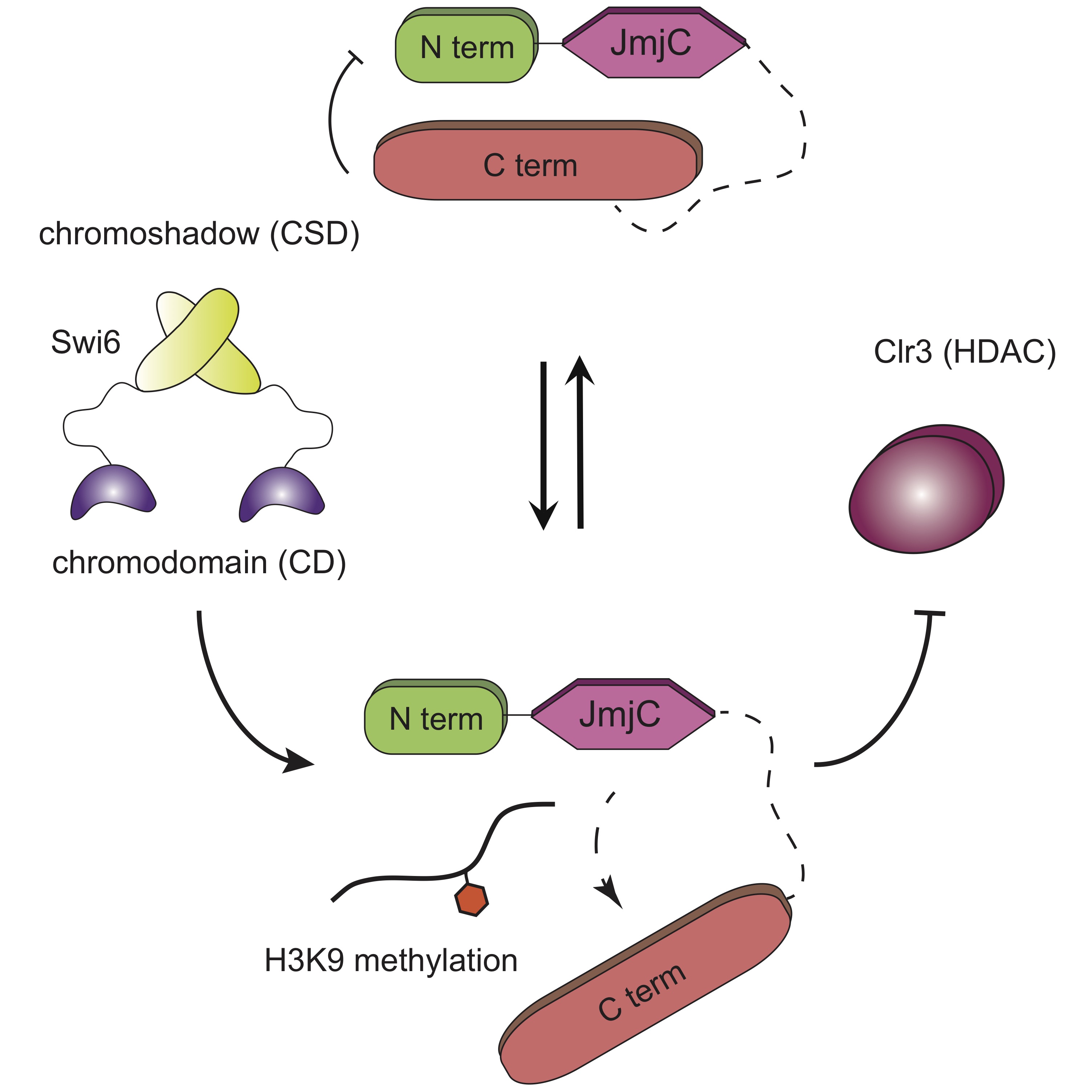 H3K9 methylation specifies the establishment and maintenance of transcriptionally silent epigenetic states or heterochromatin. The enzymatic erasure of histone modifications is widely assumed to be the primary mechanism that reverses epigenetic silencing. In this study the Ragunathan lab reveals an inversion of this paradigm, where a putative histone demethylase Epe1 in fission yeast has a non-enzymatic function that opposes heterochromatin assembly. Mutations within the putative catalytic JmjC domain of Epe1 disrupt its interaction with Swi6HP1, suggesting that it might have other functions besides enzymatic activity. The C-terminus of Epe1 directly interacts with Swi6HP1, and H3K9 methylation stimulates this protein-protein interaction in vitro and in vivo. Expressing the Epe1 C-terminus is sufficient to disrupt heterochromatin by outcompeting the histone deacetylase Clr3 from sites of heterochromatin formation. These results underscore how histone modifying proteins that resemble enzymes have non-catalytic functions that regulate the assembly of epigenetic complexes in cells. Members of the Cho lab and the Trievel lab also contributed to this study.