Peter Freddolino and Ursula Jakob are the corresponding authors of a new publication that features research from their labs and the labs of Jim Bardwell, Julie Biteen, and Anthony Vecchiarelli. Their study reveals that polyphosphate (polyP), an ancient and highly conserved polyanion, is essential for the site-specific DNA binding properties of the nucleoid-associated silencing protein Hfq in bacteria. The absence of polyP markedly alters the DNA binding profile of Hfq, causes unsolicited prophage and transposon mobilization, and increases mutagenesis rates and DNA damage-induced cell death. In vitro reconstitution of the system shows that Hfq and polyP interact with AT-rich DNA sequences and form phase-separated condensates, a process that is mediated by the intrinsically disordered C-terminal extensions of Hfq. Based on these results, the researchers propose that polyP serves as a newly identified driver of heterochromatin formation in bacteria. 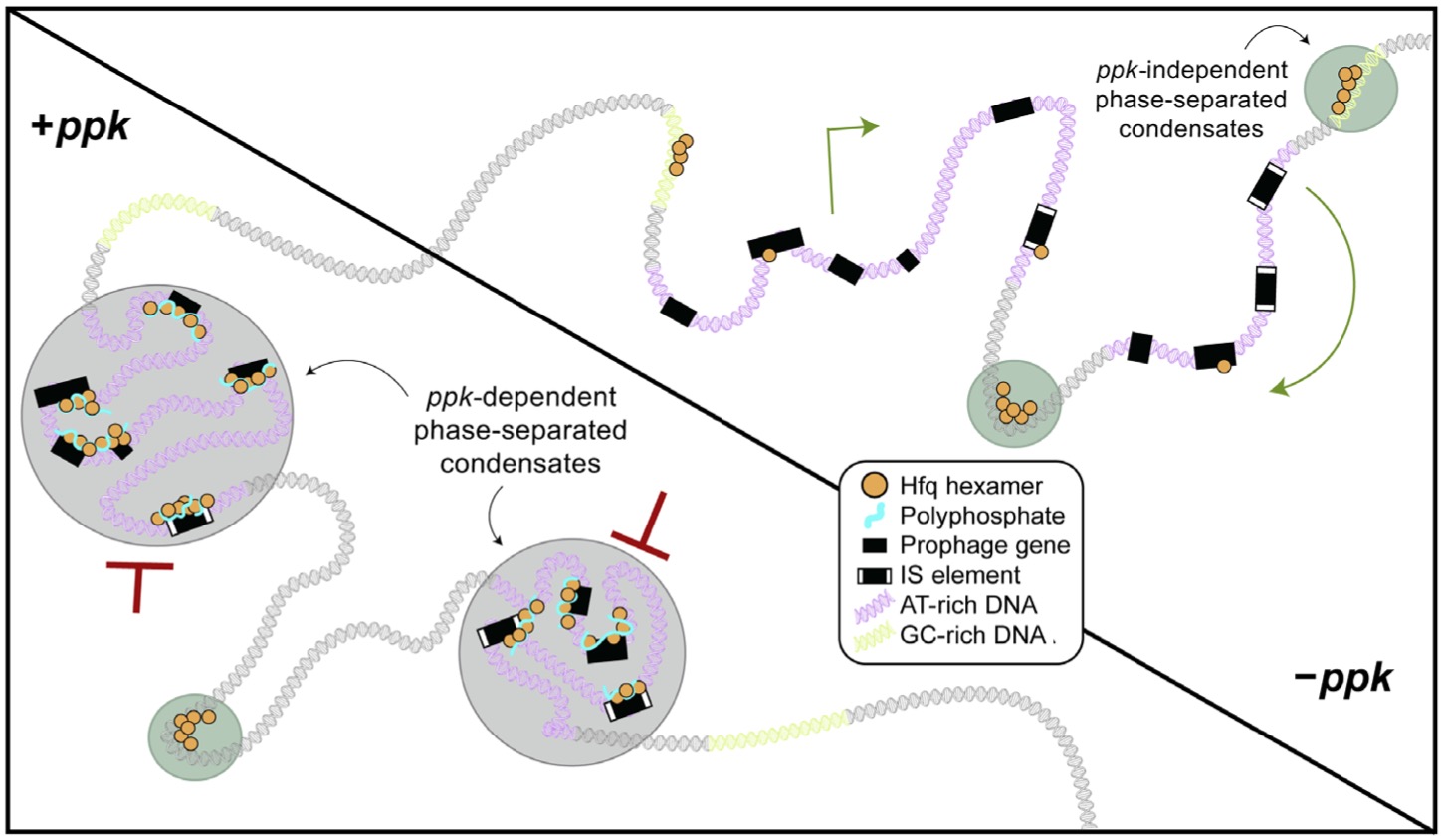 Working model for the formation of Hfq-polyP–based heterochromatin in E. coli.
Research