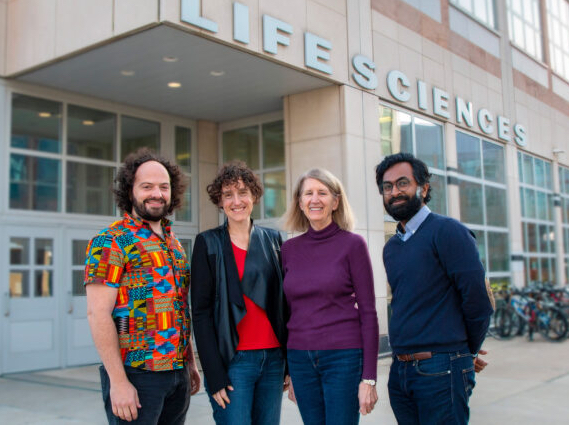 Four scientists from the Life Sciences Institute (LSI) who are also members or affiliates of the Biological Chemistry Department have received an award from the Beckman Foundation to advance a cutting-edge structural biology technique, cryo-electron tomography (Cryo-ET), at U-M. A summary of the Foundation's FIB-Milling Sample Preparation for Cellular Cryo-ET program states, "Single particle cryo-electron microscopy (Cryo-EM) has revolutionized structural biology, as recognized by the Nobel Prize in Chemistry in 2017. A limitation of single particle Cryo-EM, however, is that the molecule of interest must be separated from the cell, and thus it is removed from its natural environment. A breakthrough method, focused ion beam (FIB) milling of cellular samples, has been developed to overcome this limitation by cutting thin lamellas of cell interiors such that they are accessible to high-resolution cryo-electron tomography (Cryo-ET) imaging in situ. This breakthrough enables high-resolution 3-D structure determination for organelles and proteins in their natural environments."