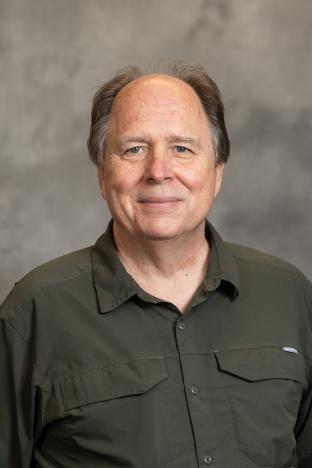 Our laboratory is very interested in understanding the functional and organizational patterns underlying complex systems with our major emphasis being on protein interactions and the role of post-translational modifications in controlling those interactions. We rely primarily on mass spectrometry and protein chemistry techniques to address problems in these areas.

A major focus has been to map changes in post-translational modifications during shifts in biological processes, notably the relative roles of phosphorylation and protein expression in the budding to filamentous growth shift in yeast (collaboration with Anuj Kumar), the self-assembly of the Golgi apparatus in cell division (with Yanzhuang Wang), and the organization of mitochondrial membrane protein complexes during metabolic changes (with Brandon Ruotolo). We also pursued the interdependencies of post-translational modifications in histones and their general relationships to cell functions (with Yifan Liu).

To further these studies we are developing new technologies for global quantitative analysis of protein interactions in vivo and linking these interactions to the accompanying post-translational modifications. To this end, we have developed a series of new chemical crosslinkers and tagging reagents that are compatible with mass spectrometry and have a number of other useful properties. The ultimate aim of this research is to identify and quantify protein interactions in vivo that differentiate physiological states. These methods are currently being applied to the Golgi and mitochondrial membrane projects mentioned above. The latter project is intended to provide a molecular architecture for mitochondrial membrane proteins and to quantify changes in these structures during oxidative and anoxic metabolism. The goal for the Golgi project is similar in the sense that we have mapped the dramatic changes in phosphorylation status of Golgi and Golgi matrix proteins during the Golgi disassembly process that occurs during normal mitosis and we will link those phosphorylations to the protein interactions.

These reagents also have considerable utility in the field of structural mass spectrometry where they can be applied to the many solution-phase structures of proteins and protein complexes not amenable to X-ray crystallography or NMR. Our aims in structural mass spectrometry are to accurately map distance constraints between amino acid residues, identify flexible domains, and quantify changes in protein structures. These reagents are being applied to several large, isolated complexes, among them Hsp70 and Hsp90 complexes with a variety of proteins (collaboration with Dan Southworth and Jason Gestwicki).

All these applications generate large, complex data sets that require development of new computational tools which we are pursuing in our lab and in collaboration with Alexey Nesvizhskii.