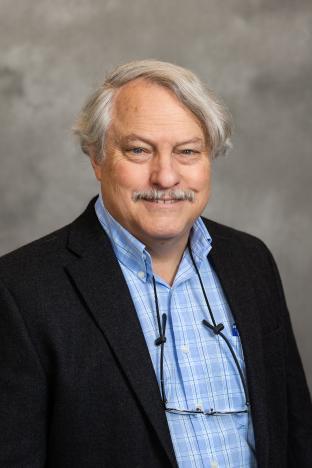 Proteolytic Processing and Protein Localization in the Secretory Pathway

A key event in the biosynthesis of most peptide hormones and neuropeptides (e.g., insulin & enkephalins) as well as numerous secreted and transmembrane proteins (e.g., TGF-β & insulin receptor) is the proteolytic cleavage of "proprotein" precursors. Such cleavages typically occur at clusters of Lys and Arg residues and are catalyzed by proteases localized to late secretory compartments, the trans Golgi network (TGN) and secretory granules. Studies of the cleavage of the precursor of the peptide mating pheromone α-factor by Kex2 protease in the yeast Saccharomyces cerevisiae led to the discovery of a functionally diverse family of enzymes responsible for such processing reactions in eukaryotes from yeast to humans. A central goal of our work is to gain a comprehensive understanding of the biochemical and cellular determinants of specificity and efficiency in proprotein processing. A major focus of our studies is the prototypical processing enzyme, Kex2 protease, which cleaves pro-α-factor and other substrates in the yeast TGN. We are also interested in homologous mammalian enzymes which have essential roles in both normal physiology and in disease. One of these enzymes, furin, is ubiquitously expressed in the mammalian TGN. Furin processes precursors of numerous growth factors (e.g., TGF-β), growth factor receptors (e.g., insulin receptor), metallo- and aspartyl proteases (e.g., adamalysins and β-secretase) and coagulation factors. Furin is also required for the maturation of the envelope glycoprotein fusogens of many pathogenic lipid-enveloped viruses and for activation of many secreted bacterial toxins.

Current studies of the enzymatic function of Kex2 and furin include biochemical analyses of substrate specificity and its relationship to catalysis, examination of functional relationships between domains of the enzymes, and genetic dissection of enzyme-substrate complementarity. We have developed sensitive screens and powerful direct selections for mutations in Kex2 that alter substrate specificity. Small molecule and peptide-based furin inhibitors are being developed as potential drug models in anti-viral and anti-toxin therapy. Recently, in collaboration with crystallographers at Brandeis University, we have obtained the three dimensional structure of the Kex2 catalytic domain combined with inhibitory peptides. A structure of the furin catalytic domain has also been published. Together, these structures are guiding new approaches to understanding specificity and catalysis as well as informing inhibitor design.

Disruption of the KEX2 gene results in pleiotropic phenotypes, including defects in sporulation, altered drug resistance and cold-sensitive growth. Genetic and molecular methods have been used to identify novel substrates that may account for these phenotypes. Possible substrates include members of three families of cell wall-modifying enzymes. We are also interested in a family of glycosylphosphatidylinositol-linked aspartyl proteases, the yapsins, that appear to overlap functionally with Kex2 in these processing reactions. Both Kex2 and the yapsins are conserved in pathogenic fungi suggesting that these proteases may provide novel targets for anti-fungal drug development.

Protein localization in the TGN-endosomal system

Another major goal of the lab is to understand how integral membrane proteins like Kex2 are localized to vesicular compartments such as the TGN. We have identified TGN localization signals (TLS) in the C-terminal cytosolic tail of Kex2 and have shown that steady-state localization of Kex2 to the TGN depends upon continued cycles of vesicular transport of the protein between the TGN and endosomal compartments. Through a genetic suppression screen, we have identified novel proteins Soi1 and Soi3 that affect TLS function and the TGN-LE pathways. Soi1/Vps13 is conserved throughout eukaryotic evolution. Two SOI1 homologues have recently been identified as loci for two complex human genetic diseases Chorea-Acanthocytosis and Cohen Syndrome. Yeast Soi1, a 3144 amino acid polypeptide, is required for efficient cycling of proteins between the TGN and endosomal compartments. Current efforts focus on identification of Soi1-interacting proteins. Soi3 is also a conserved protein. Soi3/Rav1 is localized to early endosomal compartments where it is involved in assembly of Vacuolar ATPase and is essential for early endosome to late endosome trafficking. We are interested in the role Soi3 plays in regulation of these events.

In order to begin to dissect molecular events in vesicular transport in the TGN-endosomal system and in maintenance of the TGN, we have developed cell-free assays for vesicular transport between and fusion of TGN/endosomal compartments. Homotypic fusion of TGN vesicles released from semi-intact yeast cells depends on the TGN SNAREs Tlg1, Tlg2 and Vti1, the Vps21 rab protein and the Sec1 homologue Vps45. A variation on this assay has allowed us to reconstitute TGN to late endosome transport in a cell-free system. This reaction requires factors involved in formation (clathrin, the dynamin homologue Vps1) and consumption (the late endosomal syntaxin Pep12p, Vps21P & Vps45p) of clathrin-coated vesicles. This assay should allow us to study molecular recognition and regulation in a very important sorting event in the secretory pathway in which proteins destined for the lysosome/vacuole are diverted from the exocytic pathway.