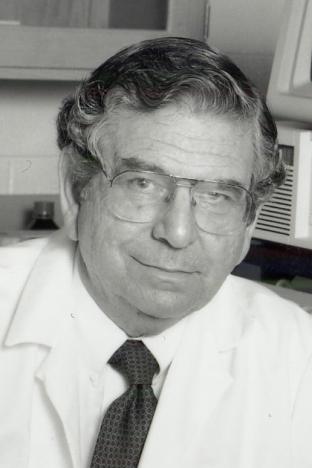 Professor Zand received his B.S. degree from the University of Missouri in 1951, his M.S. degree from the Polytechnic Institute of Brooklyn in 1953, and his Ph.D. degree from Brandeis University in 1961. From 1961–63, he completed postdoctoral training at Brandeis University and Harvard University. He joined the University of Michigan as an associate research biophysicist (now associate research scientist) in 1963 and was promoted to research scientist in 1986. He was appointed assistant professor of biological chemistry in 1968, and was promoted to associate professor in 1973, and professor in 1986. He received the additional appointments of professor of macromolecular science and engineering in 1992 and adjunct professor of biophysics in 2008. He retired from active faculty status in 2012.

Professor Zand's research focused on the investigation of a brain protein that was soluble in organic solvents. This research evolved into the study of a myelin basic protein, a brain protein, and its role in experimental autoimmune encephalomyelitis and the etiology of multiple sclerosis. In collaboration with Dr. Robert Levy, Professor Zand also studied the unnatural cyclic and bicyclic amino acids, the synthesis of semiconducting synthetic polymers, and the stabilization of porcine heat valves. He authored and co-authored numerous research publications and book chapters, and presented at countless international meetings. Professor Zand taught biochemistry courses, served on thesis and departmental committees in biological chemistry, biochemistry, and macromolecular science and engineering, and held several elected positions in the scientific research society Sigma Xi.