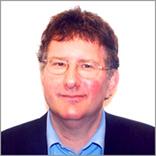 David Markovitz is a Professor of Internal Medicine in the Division of Infectious Diseases who also has appointments in the programs in Cellular and Molecular Biology, Cancer Biology, and Immunology. His laboratory focuses on understanding how human cellular factors control the replication of viruses, and retroviruses in particular. These studies are performed both to understand the biology of viruses and to develop possible therapies for these important human pathogens, as well as to exploit the viruses as a mechanism for understanding human cellular biology. Current interests in the laboratory focus on four areas:

First, the laboratory is studying endogenous human retroviruses, retroviruses that have insinuated themselves into the human genome over the course of millions of years and now make up fully eight percent of our genomes. The Markovitz laboratory is studying their role in normal human development and in disease. This line of investigation has also led to work on the genetics of one of the least-explored regions of the genome, the centromere.

A second project deals with the biochemically distinct DEK protein, which is involved in cancer causation, hematopoiesis, and the pathogenesis of juvenile arthritis, and has a highly unusual life cycle.

Third, the laboratory is working with a molecularly engineered banana lectin that shows promise as a broad-spectrum anti-cancer and antiviral agent.

Lastly, the Markovitz research group is studying the role of the intermediate filament protein vimentin in inflammation.

These studies are carried out in conjunction with a wide variety of Ph.D. and M.D. trainees, as well as in close collaboration with a number of faculty members from diverse departments at the University of Michigan and other institutions world-wide. Dr. Markovitz’s work has been recognized by his election to the two principal honorary societies for academic Internal Medicine physicians, the American Society for Clinical Investigation and the Association of American Physicians, as well as to the American Clinical and Climatological Association.

In addition to his research, Dr. Markovitz is an active clinician. He has been married to Ruth Hurwicz Markovitz for 39 years, and they have three wonderful children, Lara, Rebecca, and Adam, and three grandchildren. David has a wide range of non-medical interests, and majored in Middle Eastern Studies as an undergraduate. He has a long-time interest in art, music, movies, novels, sports, and both serious and junky TV. David has traveled widely and speaks 3½ languages.

Our laboratory studies the interaction between human cellular factors and retroviruses, and their role in oncogenesis and immunity