L.E.A.D., Leading Equity And Diversity, is a series of conversations where attendees have the opportunity to hear from a diverse group of guests who lead or support DEI and social justice initiatives. Since the racial justice movements last summer, many universities are grappling with how to educate faculty, staff, and students on anti-racism. This LEAD conversation will explore some of the options and opportunities to facilitate learning that leads to a more inclusive environment. We will discuss anti-racist curricula, the possibility of mandatory professional development training, and how to engage high level administrators and tenured faculty. Featured guests will discuss lessons learned from past attempts, best practices, and strategies for moving forward. 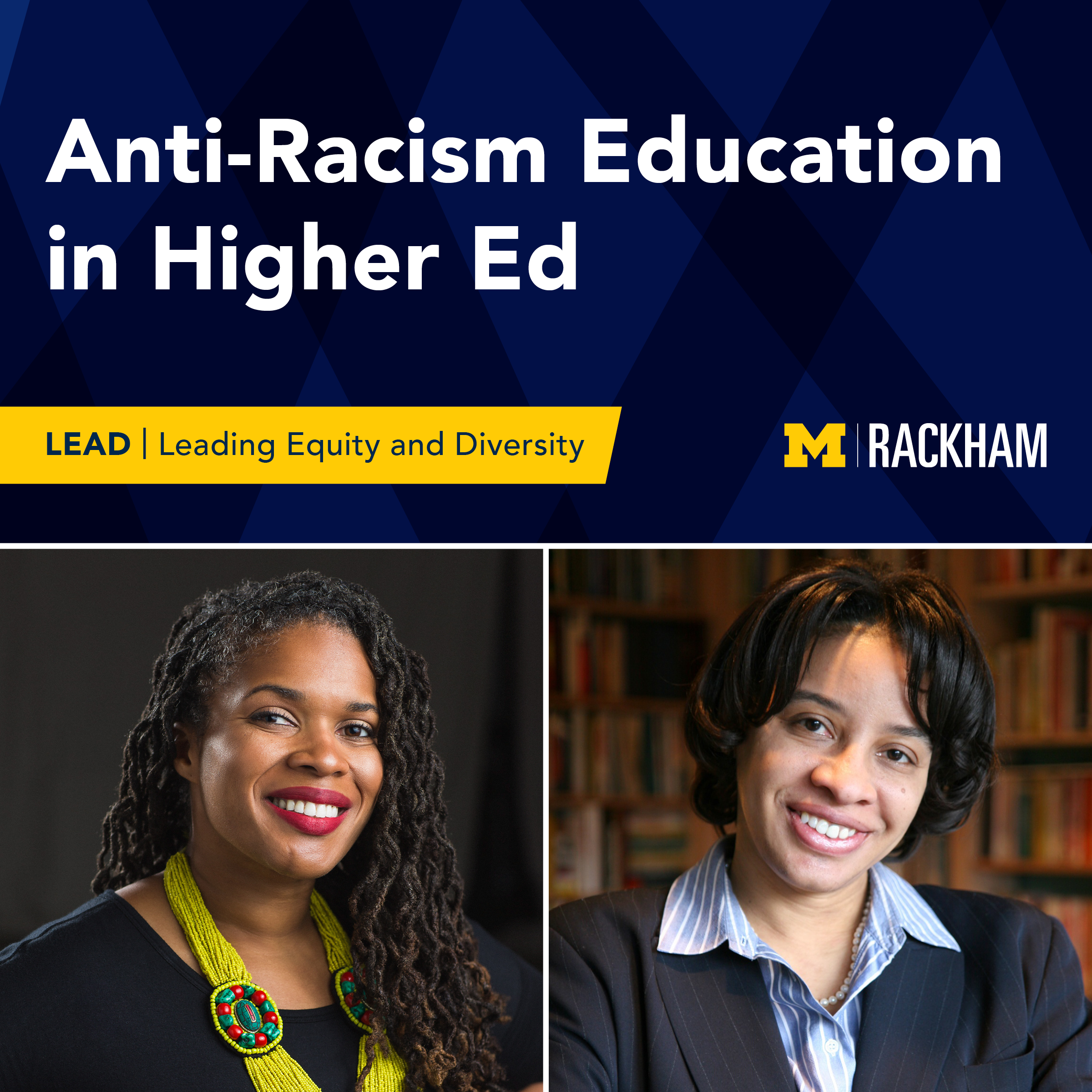 Angela D. Dillard is the Richard A. Meisler Collegiate Professor of Afroamerican and African Studies in the Residential College, and Professor of History. She is an interdisciplinary scholar trained in history and political theory with a Ph.D. in American studies, from the U-M’s Department of American Culture. She specializes in American and African-American intellectual history, particularly around issues of race, religion and politics—on both the left and the right sides of the political spectrum. As the former associate dean for undergraduate education for the College of Literature, Science, and the Arts she chaired the 2015-2016 review of LSA’s Race and Ethnicity requirement, and remains active in various campus initiatives to promote diversity, equity, inclusion, and access. She is also the co-author, with Whitney Peoples, of “5 Lessons from a Race-and-Ethnicity Requirement,” which appeared in the September 2, 2020 edition of The Chronicle of Higher Education.

Whitney Peoples serves as a Director of Educational Development & Assessment Services and Coordinator of DEI Initiatives & Critical Race Pedagogies at U-M’s Center for Research on Learning and Teaching (CRLT). At CRLT, Dr. Peoples’ work focuses on anti-racist and critical race pedagogies as well inclusive teaching and issues of diversity, equity, and inclusion in the classroom. Beyond CRLT, she has over fifteen years experience in feminist and critical race research, activism, and teaching, and holds a Ph.D. in women’s, gender, and sexuality studies from Emory University. Her research and writing outside of faculty development primarily concerns the intersections of race, gender, health, and popular culture. Most recently her work has appeared in The Chronicle of Higher Education and in the a co-edited volume Radical Reproductive Justice: Foundations|Theory|Practice|Critique.