Dr. Michael Imperiale is a native of New York City. He undertook his undergraduate and graduate education at Columbia University, receiving a B.A. in 1976, M.A. in 1978, and Ph.D. in 1981, all in Biological Sciences. He then moved to The Rockefeller University, where he first became interested in viruses while studying gene regulation in the human pathogen, adenovirus. During that time he was supported by postdoctoral fellowships from the Damon Runyon-Walter Winchell Cancer Fund and the National Institutes of Health. In 1984, Dr. Imperiale joined the Department of Microbiology and Immunology at the University of Michigan as the Arthur F. Thurnau Assistant Professor of Microbiology and Immunology. He was promoted to Associate Professor in 1990 and to Professor in 1996. He is currently the Arthur F. Thurnau Professor of Microbiology and Immunology. Dr. Imperiale served as Chair of the Institutional Biosafety Committee at the University of Michigan from 2000-2008 and as Director of the Doctoral Program in Cancer Biology from 2010-2015. In 2009 Dr. Imperiale was awarded the Distinguished Faculty Achievement Award from the University of Michigan. He was elected as a Fellow of the American Academy of Microbiology in 2010 and as a Fellow of the American Association for the Advancement of Science in 2011. In 2017, Dr. Imperiale was appointed as Associate Vice President for Research – Research Policy and Compliance at the University of Michigan.

Dr. Imperiale’s work has been funded by the NIH and other federal and private agencies, and has been published in leading journals in the field. He has presented his findings at numerous national and international conferences and has served an Editor of the Journal of Virology, PLoS Pathogens, and mBio. In 2015, he was appointed as Founding Editor-in-Chief of mSphere, an open access journal published by the American Society for Microbiology. He has also served on several NIH grant review panels, as well as National Academies of Science, Engineering, and Medicine committees addressing the issues of responsible conduct of research, dual use life sciences research, and the intersection of science and security, and has published extensively on these topics. This included chairing a study published in 2018 entitled “Biodefense in the Age of Synthetic Biology.” He served as an inaugural member of the National Science Advisory Board for Biosecurity from 2005-2014, on the Planetary Protection Subcommittee at NASA, the Committee on Science, Technology, and Law at the National Academies, and the Board of Directors of the Van Andel Institute Graduate School.

Dr. Imperiale’s research interests focus on the study of DNA tumor viruses. He has made important contributions to our understanding of how these viruses regulate expression of their genes, how they contribute to oncogenesis, and how they interact with the infected cell in order to cause acute disease. Most recently his laboratory has been developing in vitro models with which to study the biology of polyomaviruses in healthy individuals and immunosuppressed patients. 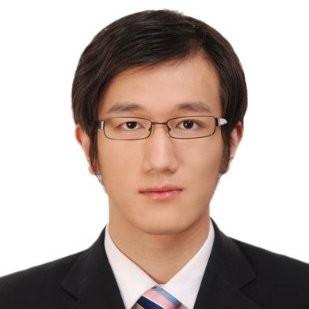