Dr. Pierre A. Coulombe, a native of Montréal, Québec, Canada, serves as the G. Carl Huber Professor and Chair of the Department of Cell & Developmental Biology at the University of Michigan Medical School. He is jointly appointed in the Departments of Dermatology and is a member of the Comprehensive Cancer Center at the same institution. Dr. Coulombe recently joined U-M after spending 25 years on faculty, including 9 years as department chair, at the Johns Hopkins University.

Dr. Coulombe received a B.Sc. degree in experimental biology from the Université du Québec à Montréal (Canada) in 1982, and a Ph.D. degree in Pharmacology from the Université de Montréal (Canada) in 1987. He pursued postdoctoral training between 1988 and 1992 at the University of Chicago. As a post-doctoral fellow Dr. Coulombe led research aimed at defining the properties, regulation and function of keratin intermediate filament proteins, an interest that he has maintained to this day. He has played key roles toward the identification of the first intermediate filament-based disease, in defining the vital role of mechanical support fulfilled by keratin filaments in epithelial cells and tissues, and in the discovery of several non-canonical functions for keratin proteins. Currently, his laboratory is studying the role of keratin proteins in regulating inflammatory and immune responses in skin epithelia, with direct implications for the pathogenesis of several types of complex disease traits including cancer. Besides, research in the Coulombe laboratory continues to be focused on the pathophysiology of rare monogenic skin disorders caused by mutations in keratin genes and proteins. In addition to research and discovery efforts, Dr. Coulombe has been very active in the education and training of graduate students and postdoctoral fellows, and also in faculty recruitment and mentoring.

Research in the laboratory focuses on the regulation of cell differentiation and tissue homeostasis in complex epithelia such as skin, which we study from the unique perspective of keratin intermediate filament genes and proteins. A major role of keratin filaments is to endow epithelial cells and tissues with the ability to withstand mechanical and other forms of stresses. Genetic mutations that affect the primary structure of individual keratin proteins compromise this role and underlie several inherited blistering diseases in which epithelial cells are fragile and prone to rupture upon exposure to physical stress. We study the biochemical and structural determinants of this vital role, and are pursuing novel approaches to treat keratin-based genetic diseases.

A newly defined role for keratins is to modulate the activity of regulators and signaling effectors in epithelial cells, with a significant impact on homeostasis in complex epithelia. We discovered that keratins may impact the survival, growth, and architecture of keratinocytes in skin epithelia, and that such contributions can be crucially important during wound repair, in the lifelong growth cycle of hair follicles, and in the context of genodermatoses, cancer, and related diseases. The laboratory also discovered a role for keratins in the regulation of protein synthesis and epithelial cell growth, and the regulation of inflammation and innate and acquired immunity, in skin tissue. Recently, we discovered that keratin proteins occur inside the cell nucleus, where they contribute to regulating the expression of genes involved in inflammation and immune responses. Keratin proteins also participate in the regulation of the redox balance in skin keratinocytes. Here again, the laboratory is interested in assessing whether targeting keratin expression is of interest when developing novel therapies for chronic skin disorders and cancer. 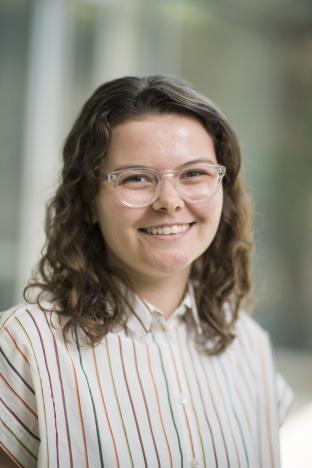