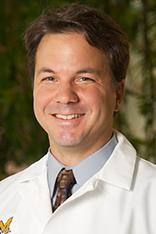 Dr. Andrew Muntean received his B.S. in Biology from Indiana University (Bloomington, IN) in 1999. He earned his Ph.D. in Molecular Genetics and Cell biology from the University of Chicago (Chicago, IL) in 2006 studying transcriptional mechanisms governing hematopoiesis with Dr. John Crispino. Dr. Muntean completed postdoctoral training studying epigenetic and transcriptional mechanisms in leukemia with Dr. Jay Hess at the University of Michigan (Ann Arbor, MI).

In July of 2012, Dr. Muntean joined the faculty in the Department of Pathology at the University of Michigan as an Assistant Professor.