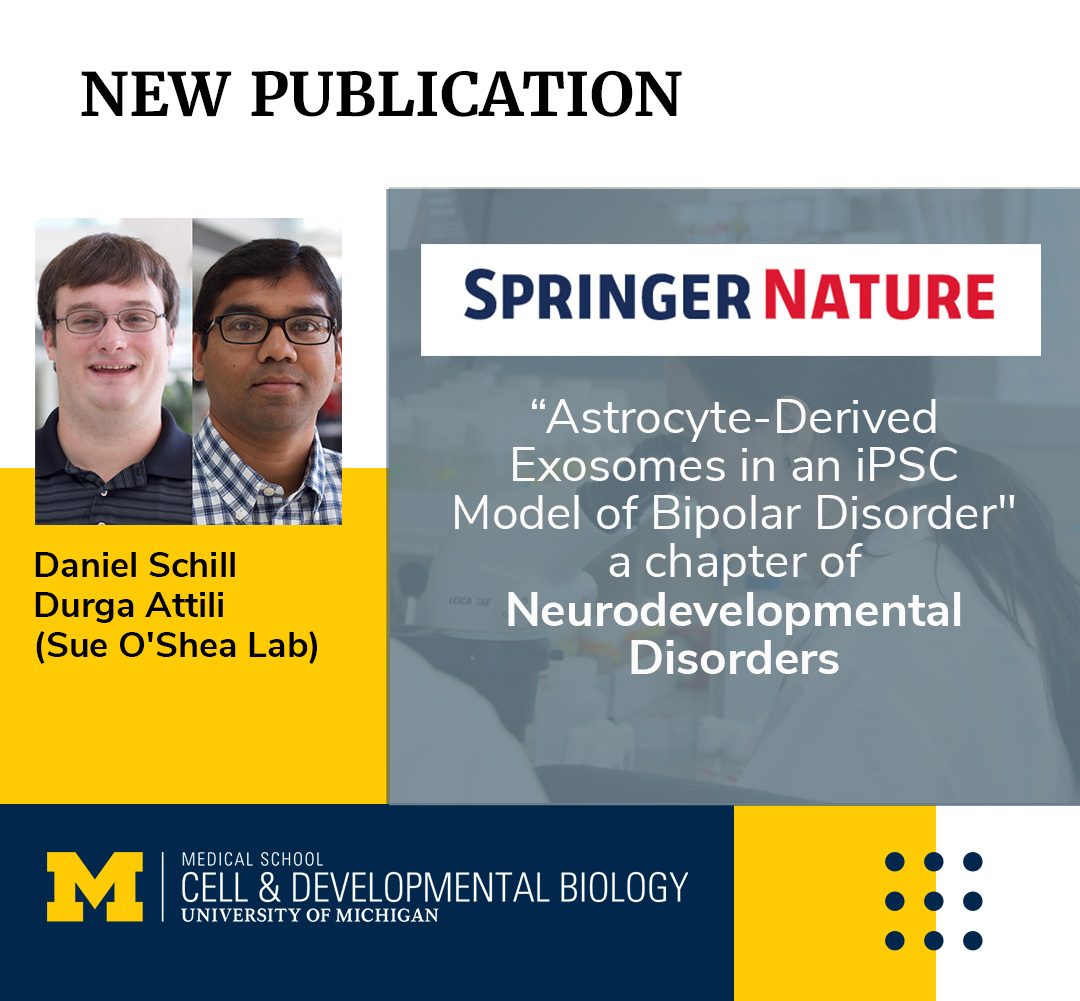 Bipolar I Disorder (BP) is a serious, recurrent mood disorder that is characterized by alternating episodes of mania and depression. To begin to identify novel approaches and pathways involved in BP, we have obtained skin samples from BP patients and undiagnosed control (C) individuals, reprogrammed them to form induced pluripotent stem cells (iPSC), and then differentiated the stem cells into astrocytes. RNAs from BP and C astrocytes were extracted and RNAseq analysis carried out. 501 differentially expressed genes were identified, including genes for cytoskeletal elements, extracellular matrix, signaling pathways, neurodegeneration, and notably transcripts that identify exosomes. When we compared highly expressed genes using hierarchial cluster analysis, "Exosome" was the first and most highly significant cluster identified, p < 5 × 10-13, Benjamini correction. Exosomes are membrane-bound vesicles that package and remove toxic proteins from cells and also enable cell to cell communication. They carry genetic material, including DNA, mRNA and microRNAs, proteins, and lipids to target cells throughout the body. Exosomes are released by cortical neurons and astrocytes in culture and are present in BP vs C postmortem brain tissue. Little is known about what transcripts and proteins are targeted to neurons, how they regulate biological functions of the acceptor cell, or how that may be altered in mood disorders. Since astrocyte-derived exosomes have been suggested to promote neuronal plasticity, as well as to remove toxic proteins in the brain, alterations in their function or content may be involved in neurodevelopmental, neuropathological, and neuropsychiatric conditions. To examine exosome cargos and interactions with neural precursor cells, astrocytes were differentiated from four bipolar disorder (BP) and four control (C) iPSC lines. Culture supernatants from these astrocytes were collected, and exosomes isolated by ultra-centrifugation. Western blot analysis demonstrated the presence of the exosome markers CD9, CD81, and Hsp70. Nanosight technology was used to characterize exosomes from each astrocyte cell line, suggesting that exosomes were slightly more concentrated in culture supernatants derived from BP compared with C astrocytes but there was no difference in the mean sizes of the exosomes. Analysis of their function in neuronal differentiation is being carried out by labeling exosomes derived from bipolar patient and control astrocytes and adding them to control neural progenitor cells. Given the current interest in clearing toxic proteins from brains of patients with neurodegenerative disorders, exosomes may present similar opportunities in BP.