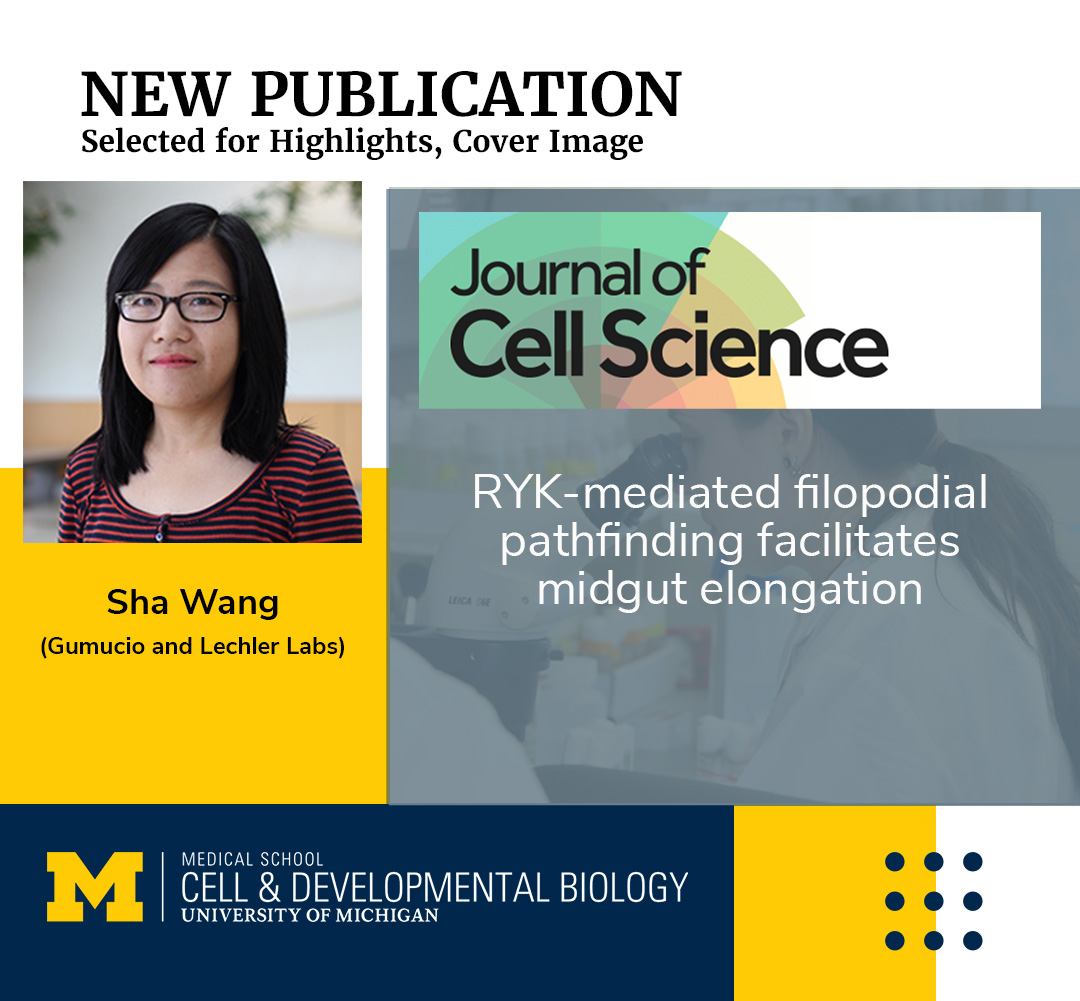 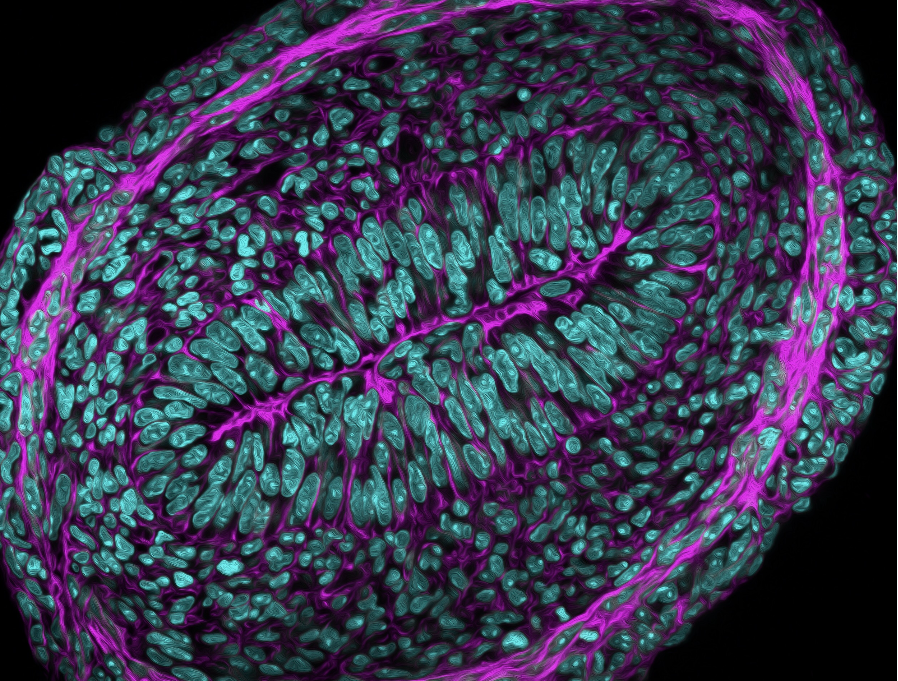 Between embryonic days 10.5 and 14.5, active proliferation drives rapid elongation of the murine midgut epithelial tube. Within this pseudostratified epithelium, nuclei synthesize DNA near the basal surface and move apically to divide. After mitosis, the majority of daughter cells extend a long, basally oriented filopodial protrusion, building a de novo path along which their nuclei can return to the basal side. WNT5A, which is secreted by surrounding mesenchymal cells, acts as a guidance cue to orchestrate this epithelial pathfinding behavior, but how this signal is received by epithelial cells is unknown. Here, we have investigated two known WNT5A receptors: ROR2 and RYK. We found that epithelial ROR2 is dispensable for midgut elongation. However, loss of Ryk phenocopies the Wnt5a−/− phenotype, perturbing post-mitotic pathfinding and leading to apoptosis. These studies reveal that the ligand-receptor pair WNT5A-RYK acts as a navigation system to instruct filopodial pathfinding, a process that is crucial for continuous cell cycling to fuel rapid midgut elongation.