"isoTarget: A Genetic Method for Analyzing the Functional Diversity of Splicing Isoforms In Vivo" has been published in Cell Reports! 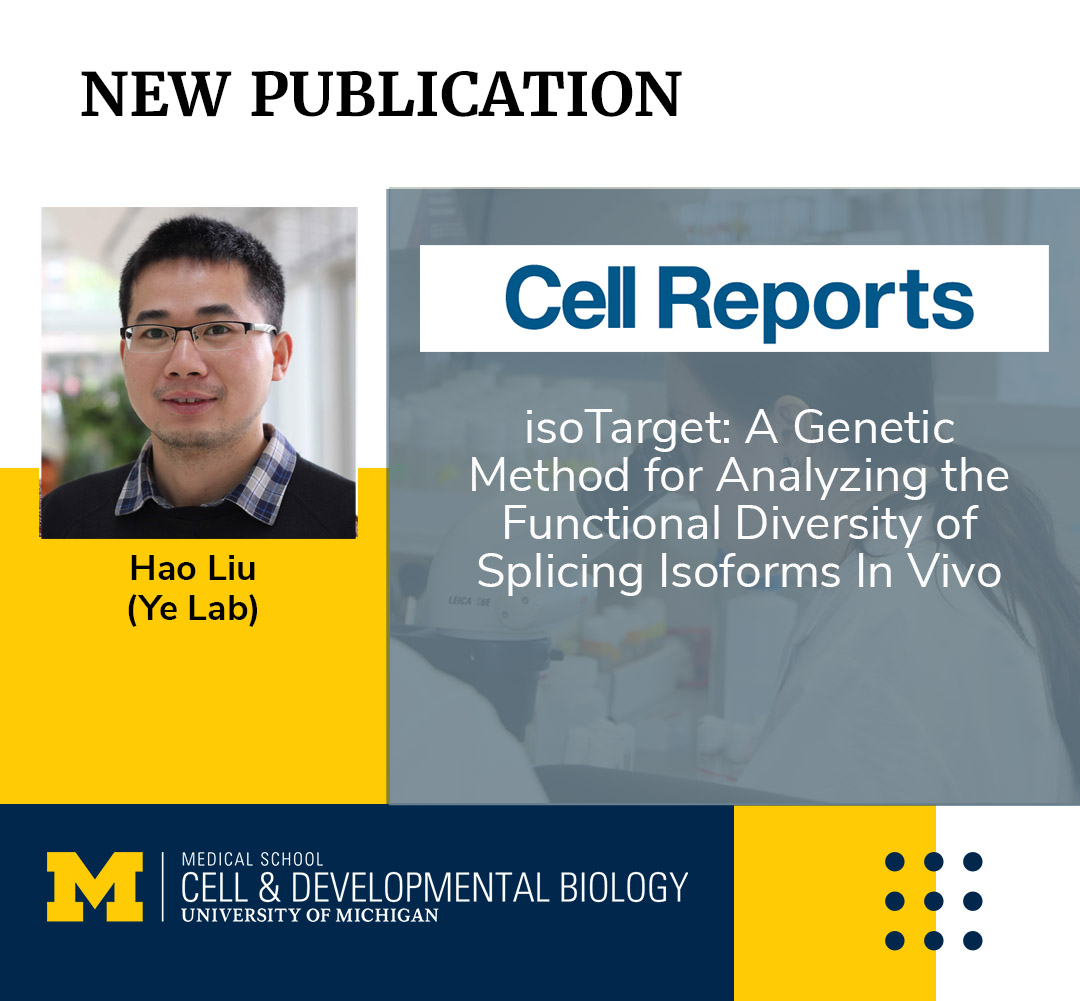 Protein isoforms generated by alternative splicing contribute to proteome diversity. Because of the lack of effective techniques, the isoform-specific function, expression, localization, and signaling of endogenous proteins are unknown for most genes. Here, we report a genetic method, isoTarget, for multi-purpose studies of targeted isoforms in select cells. Applying isoTarget to two isoforms of Drosophila Dscam, Dscam[TM1] and [TM2], we found that, in neurons, endogenous Dscam[TM1] is in dendrites, whereas Dscam[TM2] is in both dendrites and axons. We demonstrate that the difference in subcellular localization, rather than biochemical properties, leads to the two isoforms’ functional differences. Moreover, we show that the subcellular enrichment of functional partners results in a DLK/Wallenda-Dscam[TM2]-Dock signaling cascade in axons. We further apply isoTarget to study two isoforms of a GABA receptor to demonstrate its general applicability. isoTarget is an effective technique for studying how alternative splicing enhances proteome complexity.