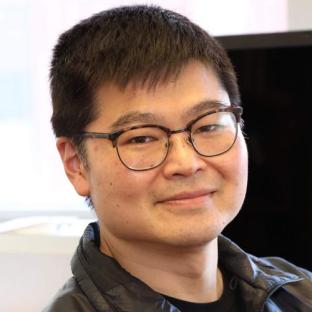 A system that defines cellular organization and function is the microtubule (MT) cytoskeleton, a network of rod-like filaments that form and disassemble on the time scale of minutes. MTs assemble via head-to-tail association of αβ-tubulin. The polarity of tubulin gives the two ends of a MT distinct features, with α- and β-tubulins exposed respectively at the minus and plus ends. MT polymerization is controlled by GTP that is bound to tubulin and hydrolyzes to GDP upon incorporation of the tubulin into a MT. This polymerization-induced GTP hydrolysis underlies dynamic instability, wherein MTs switch randomly between states of polymerization and depolymerization.

Single MTs rarely function in isolation. Typically, MTs organize into higher order structures, such as bundles or radially symmetric arrays called asters. The mitotic spindle that forms during cell division is essentially two asters that connect via MT linkages with chromosomes. Bundles composed of tiled MTs, on the other hand, serve as tracks that enable long distance transport of cellular cargos in neurons. How do MT arrays organize? How are their dynamics regulated to control the physical and functional properties of these MT networks? These questions form the basis of my research program, which is to understand how MTs are organized and remodeled in space and time to carry out diverse biological functions.

The R. Ohi laboratory focuses specifically on MT function during cell division. During this process, MTs generate forces that move chromosomes, and therefore play a key role in preserving genome stability. MTs are also essential for cytokinesis, where they facilitate cleavage plane specification, constriction of the cleavage furrow, and abscission. Over the past 10 years, we have developed multiple lines of research to address unappreciated aspects of MT physiology during cell division. We defined a new mechanism that governs chromosome oscillations, discovered a new pathway that can drive assembly of the mitotic spindle, and demonstrated that actomyosin contractility controls MT stability during cytokinesis. We leverage this information to identify novel targets for chemotherapy, and screen for small molecule inhibitors of these protein factors. In addition to extending the scope of our previous findings, we are now also engaged in efforts to understand self-assembly of the MT cytoskeleton. In this area, we are focused on the formation process of asters, a basic architectural motif that is fundamental to biology and human medicine.