"Spectral coherence profiling of uORF translation in a neuroblastoma cell model of differentiation."

Upstream open reading frames (uORFs) are prevalent in the human transcriptome and may alternatively regulate the abundance of canonically translated proteins through the promotion of mRNA decay, or the competitive appropriation of translational resources, among other mechanism. uORFs are conserved across species, and have been annotated to genes with diverse biological functions including oncogenes, cell cycle control, differentiation, and stress response. To that end, various algorithms have been published to profile the translational status and efficiency of canonical and non-canonical ORFs, including uORFs, through the analysis of sequence reads derived from ribosome-protected fragments (RPFs) of mRNA. We have developed a translational classification algorithm based on the magnitude of coherence between the alignment of RPFs to a transcript against an idealized reference signal based on the codon-dependent tri-nucleotide signal characteristic of active translation. Although previous studies have identified and characterized uORFs from ribosome profiling sequence data, less well studied is the context in which variable uORF translation might regulate complex biological processes, like cellular differentiation. In this study, we performed ribosome profiling and mRNA-Seq on non-differentiated SH-SY5Y neuroblastoma cells and those that were induced to undergo neuronal differentiation. We applied our spectral profiling algorithm and identified 4,542 actively translated uORFs, and then experimentally validated a subset of uORFs with variable translational efficiency across differentiation. 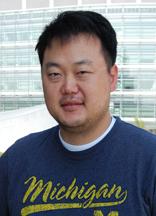