A decrease in aerobic exercise capacity (AEC) in humans is associated with increased risks of many diseases, including obesity, insulin resistance, hypertension, and type 2 diabetes. To understand the biological underpinnings of AEC, we previously established two rat lines by divergent selection of intrinsic endurance running capacity. After 32 generations, the high capacity runners (HCR) and low capacity runners (LCR) differed by ~9-fold in running distance, and diverged in body fat, blood glucose, and other health indicators. In this study we crossed HCRs and LCRs to generate >490 F2 animals and genotyped them on a genome-wide panel of ~700K SNPs. We also collected RNA-Seq data for skeletal muscle samples to identify eQTLs. The QTL for running distance and the eQTLs are being combined with other results, including signatures of positive selection and known variants from founder strains to identify likely causal variants for AEC. We also collected metabolomics data for a subset of the animals and in a separate cohort analyzed the impact of aging and acute exercise on gene expression patterns in the skeletal muscle. We found that transcripts for mitochondrial function are expressed higher in HCRs than LCRs at both rest and exhaustion and for both old and young animals. Expression of cell adhesion and extracellular matrix genes tend to decrease with age. This and other age effects are more prominent in LCRs than HCRs suggesting that HCRs have a slower aging process, and this may be partly due to their better metabolic health. By combining genetic and genomic approaches we expect that functional alleles at multiple loci will be implicated. Many of these may be directly relevant for the corresponding human phenotypes or, at a minimum, provide clues to important pathways that could be targeted for improving human metabolic health. 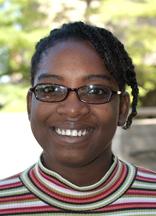