Molecular circuits that support reliable oscillations have been extensively studied. It has long been known that the characteristics of oscillator core structure such as time-delay and hypersensitivity are critical for oscillator robustness. However, both the core circuits and the peripheral modifications of the biological oscillators are highly conserved across organisms and oscillator types. To understand how local modifications affect oscillator function, we first investigated computationally all two- and three-node topologies that sustain oscillation and systematically analyzed the association between network structure and robustness. Interestingly, while certain core topologies are essential for producing a robust oscillator, local structures can substantially modulate the robustness of oscillations. Specifically, we found that networks with the same core structure can vary dramatically in their potential to oscillate based on their local modifications. We further identified incoherent inputs (a node receiving both activation and inhibition signals) as the most significant peripheral modifications that promote oscillator robustness.

To further examine the theoretical findings in biological systems, we developed a cell-free experimental system to study the robustness of oscillators. Experimental investigation of oscillator robustness has been challenging, largely due to the difficulty in high-throughput data acquisition, the innate heterogeneity of cells, and the requirement for high accuracy perturbation. To address these challenges, we built artificial cells in vitro that mimic cell cycle oscillation by encapsulating cycling Xenopus egg extract into microfluidic droplets. We optimized the system to allow stable oscillations for dozens of hours. It further enables high-throughput imaging with multiple treatments at the same time, providing a convenient platform to study the characteristics of oscillators including robustness and tunability. 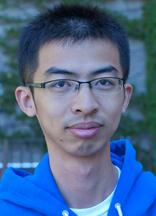