Autism spectrum disorders (ASDs) are a group of neurodevelopmental conditions often characterized by difficulties with social interaction, communication, and behavior. While the contribution of genetic variation to ASD risk has been extensively explored, most studies have focused on variants in the protein-coding regions of the human genome. Yet, genome-wide association studies have revealed that the vast majority of disease-associated variants lie within the noncoding regions. Therefore, investigating the noncoding regions of the genomes of patients with ASD has the potential to uncover risk-variants that have previously been missed. In particular, de novo mutations have been implicated in the genetic etiology of ASD. We hypothesize that some of these de novo variants in noncoding regulatory regions are deleterious and contribute to ASD. Here, our aim is to annotate and prioritize noncoding de novo mutations in regulatory regions of the genome and identify potential target genes. To accomplish this we have employed the established tool, RegulomeDB, which provides a comprehensive set of annotations for regulatory elements utilizing data from the Encyclopedia of DNA elements (ENCODE) consortium and the Roadmap Epigenomics Consortium (REMC). The cohort we are studying is from the Simons Simplex Collection which provides whole-genome sequencing data for approximately 1,900 quad families.  Each quad family is comprised of one child diagnosed with ASD, two unaffected parents, and an unaffected sibling which will be used as our control and for identifying enrichment of risk variants.  Through this project we hope to highlight the role of genetic variation outside of protein coding regions and its functional impact on disease. 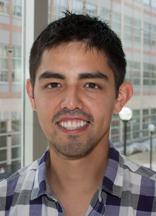