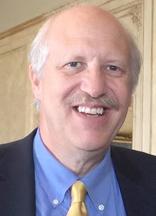 Brian D. Athey, PhD. is the Michael A. Savageau Collegiate Professor and Founding Chair of the Department of Computational Medicine and Bioinformatics (DCMB) at the University of Michigan Medical School. In addition, he served as co-founder and co-director of the campus-wide Michigan Institute for Data Science (MIDAS), from 2015-2018. Brian earned his Ph.D. in Cellular and Molecular Biology (Biophysics concentration) at UM in 1990; and has been at UM for 40 years, joining the faculty of Anatomy and Cell Biology in the Medical School in 1994.

Brian’s current research program is focused on the discovery, clinical validation, and translation of next-generation psychiatric pharmacogenomics science and methods. He is considered to be the inventor of the new field of “pharmacoepigenomics”, where he has over 25 publications, 3 issued and 4 provisional US patents, and 40 international patents pending. Overall, he has trained over 12 Ph.D. students, 7 post-doctoral fellows, and has over 100 peer-reviewed papers and conference proceedings.

Trained as a biophysicist, and as a graduate student, Brian proposed the double helical crossed-linker model for chromatin, now considered by most to be its correct structural motif. Earlier in his career, Brian was considered a leading expert in microscopic biological imaging and scattering and was an early pioneer in cryo-electron microscopy, His expertise spans several modalities of microscopy from electron to confocal to 2-photon. For nearly 10 years, Brian shared a laboratory with Professor Emmett Leith, the internationally renowned inventor of off-axis Holography, with whom he trained 2 Ph.D. students.

Brian has more than 25 years of experience in trans-disciplinary team science-based leadership experience as overall Principal Investigator of national biomedical informatics and computational sciences centers and consortia. These include the National Library of Medicine (NLM) Visible Human Project, the DARPA Telepathology and Virtual Solider Projects, and the NIH National Center for Integrative Biomedical Informatics (NCIBI). He is co-founder of the tranSMART Foundation (now the i2b2-tranSMART Foundation). He served as PI of the NIH NIGMS UM T32 Bioinformatics Training Program for 17 years. This program transitioned to the new NIH NIGMS Biomedical Data Science Training Program in 2021.

In 2007, Brian was the founding Associate Director of the Michigan Institute for Clinical and Health Research (MICHR), home of the UM Clinical and Translational Science Award (CTSA), where he served as Director of its Biomedical Informatics Core (2006-2013). He has served as Acting CIO of the University of Michigan Health System (2010-2012), and he has also served as Director of Academic Informatics for the UM Medical School (2009-2011). More recently (2019-present), he has served as the elected chair of the Endowment for the Basic Sciences (EBS), helping to coordinate new initiatives across the Medical School Basic Science departments.

Brian has also served as a consultant to the Defense Science Office (DSO), DARPA (6 years), and to the NIH Office of the Director (OD) and the NIH CIO (3.5 years). In the late 1990s, Brian was awarded the Peace Fellowship from the Federation of American Scientists (FAS) for his work with DARPA to prevent biological terrorism. From 2005-2011 Brian was the Co-Founder, Scientists and Engineers for America (SEA); Chairman of the Board, 2009-2011. He previously served (2017-2021) as a life and medical sciences consultant to the VP (Academic), Chinese University Hong Kong, Shenzhen (CUHK-SZ) and as a member of the Shenzhen Research Institute for Big Data (SRIBD).

Brian is an elected fellow of the American College of Medical Informatics (FACMI) and the American Association for the Advancement of Science (FAAAS).

My current research program is focused on the discovery, clinical validation, and translation of next-generation psychiatric pharmacogenomics science and methods. We are considered to be the inventor of the new field of “pharmacoepigenomics”, where we have over 25 publications, 3 issued and 4 provisional US patents, and 40 international patents pending.

With sponsorship from our UM Athey-lab spinoff Phenomics Health Inc

We are developing a novel Machine Learning/AI platform to ingest patient-specific features from these data categories and provide data to allow us to power and run a retrospective in silico clinical trial in Major Depressive Disorder (and co-morbidities) that will be focused on a primary endpoint of adverse event/adverse drug reaction avoidance, with medication response and remission being secondary and tertiary endpoints. We will utilize patient-specific data elements created from 1) genome-wide pharmacogenotype tables from the Michigan Genomics Initiative (MGI) and the Prechter Bipolar Biorepository; 2) clinical and medication response phenotypic data elements from electronic health records (EHRs; structured and unstructured free text notes); 3) Social Determinants of Health (SDOH) data elements; and 4) Drug-Drug Interaction (DDI) data to enable this research. Over 70,000 participants will be analyzed, in the context of over 4 million unique patient EHR records available.

Lastly, we are also working to demonstrate the feasibility of the use of the Phenomics Health Inc. (UM Athey lab spin-off) PrecisMed pharmacometabolomics test can be used to refine the assignment of patient-specific pharmacokinetic response, detect patient-specific polypharmacy, help identify substance use disorder (SUD), and quantify medication adherence.

With Sponsorship from the UM-PUHSC Joint Institute

Presently, in Year-1, we are developing an optimized Bipolar Disorder 1 PGx test and method to implement at PUHSC. PUHSC is working to design a 2-armed SMART clinical trial, determining the number of patients needed to power the study, will develop the recruitment plan for BPD-1 participants, and prepare to implement the UM-developed PGx test locally in year-2. UM and PUHSC are collaborating to determine best approach to determine the medication response phenotype (efficacy and ADR/AE) for BDP-1 patients and how best to measure medication response and mania reduction (using YRMS scoring methods) and to determine best endpoints of success for use in the clinical trial to be initiated in year-2.

Additional Research Projects with Sponsorship by NIH and NSF

My lab also has several other unrelated projects sponsored by the NIH and NSF with me as PI, Co-PI, or Co-Investigator.