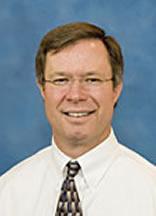 Post-implantation development requires precisely coordinated cellular movements in preparation for gastrulation. We have characterized and genetically mapped a spontaneous X-linked mouse mutant, Polypodia (Ppd), which we discovered and established as a mutant line using in vitro fertilization and genetic crosses to explore early post-implantation body plan patterning. Ppd mice exhibit ectopic caudal limbs and other extraordinary malformations, which has been observed in humans and other animals. We hypothesize that Ppd alters vertebrate patterning during pregastrulation or early gastrulation stages by changing expression of patterning genes in the post-implantation embryo. Because of the strikingly similar malformations of Ppd mice by comparison with embryos treated with exogenous retinoic acid at E4.5-E5.5, we hypothesize that Ppd malformations are secondary to alterations of primitive streak formation or mesodermal cell allocation via premature activation of retinoic acid synthesis or alterations of Wnt/β-catenin signaling. We are determining the timing and nature of lethality and testing for alterations in post-implantation gene expression using RNA probes for genes expressed in the primitive streak and proximal epiblast and overlying visceral endoderm; distal visceral endoderm; extraembryonic ectoderm; and epiblast. To determine whether induced alterations in gene expression occur in common between Ppd and RA-treated mice, we are comparing RA-treated pregnant wild-type mouse embryos at E4.5 �?? E5.5 to Ppd mutant mice. We are studying the functional consequences of the mutation using transgenic mice and other tools.

Long-range Transcriptional Regulation of Hoxa13 in Developing Limbs and the Urogenital Tract
While we have learned a great deal about the underlying roles of many transcription factors in developmental fate and in human malformations, we know less about how such genes are targeted for expression in selected tissues at specific times and abundance. Proper regulation of such aspects occurs via cis elements, located within those genes or more often at great genomic distances away, as well as by trans-acting factors bound to those elements in multiprotein complexes. However, many questions remain as to how these elements are used mechanistically.

Hoxa13 is a critical Hox transcription factor in the development of distal limbs and the genitourinary tract. We recently published data showing that three genes, Hibadh, Tax1bp1, and Jazf1, upstream of Hoxa13 and the Hoxa cluster, together with Hoxa13 and Evx1 constitute a domain of 5 genes, which we call the HEHTJ domain, that appear to be coordinately expressed during murine limb and genital bud development. We also reported the enhancer capabilities of a highly conserved 2.25 kb sequence (mmA13CNS) 300 kb upstream of the HoxA cluster in transgenic mice. Our long-term goals are to determine the mechanisms that govern transcriptional regulation of the Hoxa13 gene in limbs and genitourinary structures in the larger context of the HEHTJ domain. The proximity of a highly conserved cluster of Hox genes and coordinately regulated upstream genes offers novel opportunities to study enhancer regulatory mechanisms.

Specifically, we are 1) using BAC transgenesis to capture enhancers for HEHTJ gene expression; and 2) working to identify cis-acting sequences necessary for Hoxa13 expression in mouse tissues. We created mice transgenic for a two BACs encompassing mmA13CNS and have shown the existence of at least two enhancers for proper expression in murine limbs and genital bud development. We are also making a Hoxa13 gene/β-globin lacZ reporter linked to candidate enhancers derived from our BAC transgene work. The plan is to introduce these constructs into the Hoxa13 null background to test for rescue of in utero lethality, limb and urogenital malformation in Hoxa13 -/- embryos.