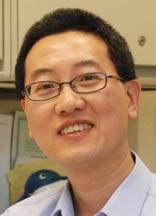 I am most interested in the relative roles of chance and necessity in evolution. There are two major research areas in my lab.

I. Yeast as an experimental system for studying evolution.
We are using the budding yeast Saccharomyces cerevisiae and its relatives as model organisms to understand a variety of evolutionary processes, including questions about (i) the genetic basis of phenotypic variations among strains and species, (ii) molecular and genomic bases of heterosis, (iii) evolutionary forces and molecular mechanisms of transcriptome evolution, (iv) position effects on gene expression level and noise, (v) fitness landscapes of mutations, (vi) genic basis of reproductive isolation, and (vii) mistranslation in protein synthesis.

I also encourage students and postdoctoral fellows to develop their own projects in the general area of evolutionary genetics and genomics.