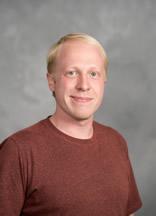 Ryan’s past research experience includes working in Dr. Melanie Marketon’s lab studying mechanisms of virulence in Yersinia pestis, where he was able to gain an in-depth knowledge of a wide variety of modern molecular and biochemical techniques. Dr. Marketon’s lab focused on the Yersinia pestis Type Three Secretion System. Ryan’s project focused on elucidating the complex regulatory network involved in the secretion of effector proteins and the role that this process plays in pathogenesis. He used error prone PCR to generate a library of point mutants of a gene encoding a regulator of secretion. This mutant library was generated for a screen to establish functional domains which are critical for regulation of injection of effector proteins into host cells. In the summer of 2015 he was given the opportunity to work as an intern at the United States Pharmacopeia in the department of biotechnology and biologics. His project focused mainly on policy concerning the standardization of biologics and their excipients. He was involved in the development of monographs for several biologics including: recombinant coagulation factors, monoclonal antibodies, and other injectables.

He continued his academic career at UM and accepted a position in Evan Snitkin’s lab studying genomic epidemiology and evolution of antibiotic resistant organisms using a combination of molecular and computational tools. Ryan’s main project is has been the development of a computational tool, Pan-PCR, that utlizies whole genome sequencing data to identify specific patterns of gene presence and absence, and uses these data to design species or strain primers for multiplex PCR assay.