Autoimmune disease shows a striking sex bias, affecting roughly eight times as many women as men, and represents the leading cause of morbidity among women in the United States. Development of new therapies that are safer and more effective than currently available options has been hampered by poor understanding of the mechanisms that cause autoimmune disease, including why women are so disproportionately affected. Furthermore, skin is one of the organs most commonly involved in autoimmune diseases, but the role of skin inflammation in driving these diseases remains largely unknown. The Billi Lab is working to define how the skin contributes to systemic autoimmune disease through identifying female-biased pathways and factors in skin that are critical to autoimmunity.

Current research includes investigating the biological mechanisms that lead to female sex bias in lupus. Using mouse modeling of complex human disease, systems biology applications, and approaches for study of cutaneous and systemic immunology, we are examining how the female-biased factor VGLL3 drives autoimmune disease in the skin of women and exploring whether this pathway could underlie the balance of female-biased autoimmunity and male-biased susceptibility to infection and neoplasm. 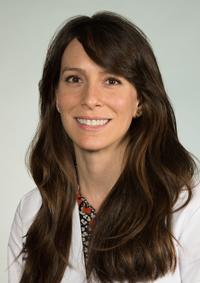