States are representations of either discrete stages of a disease or of processes. 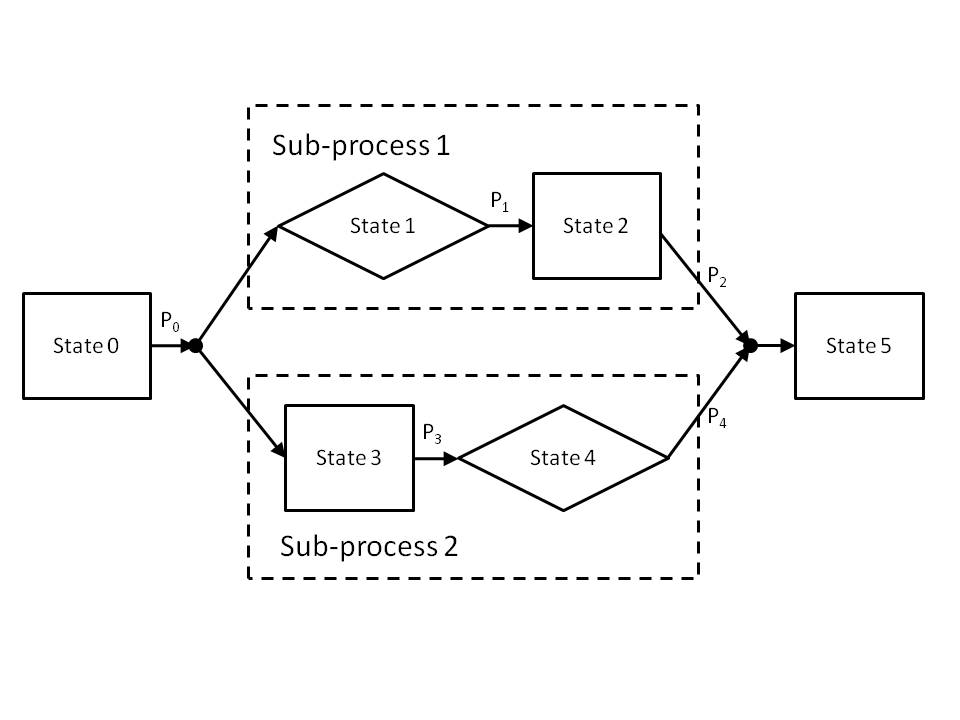 States can be classified according to several types

To set up a new state:

1. From the main form, click the 'States' button on the left navigation pane. 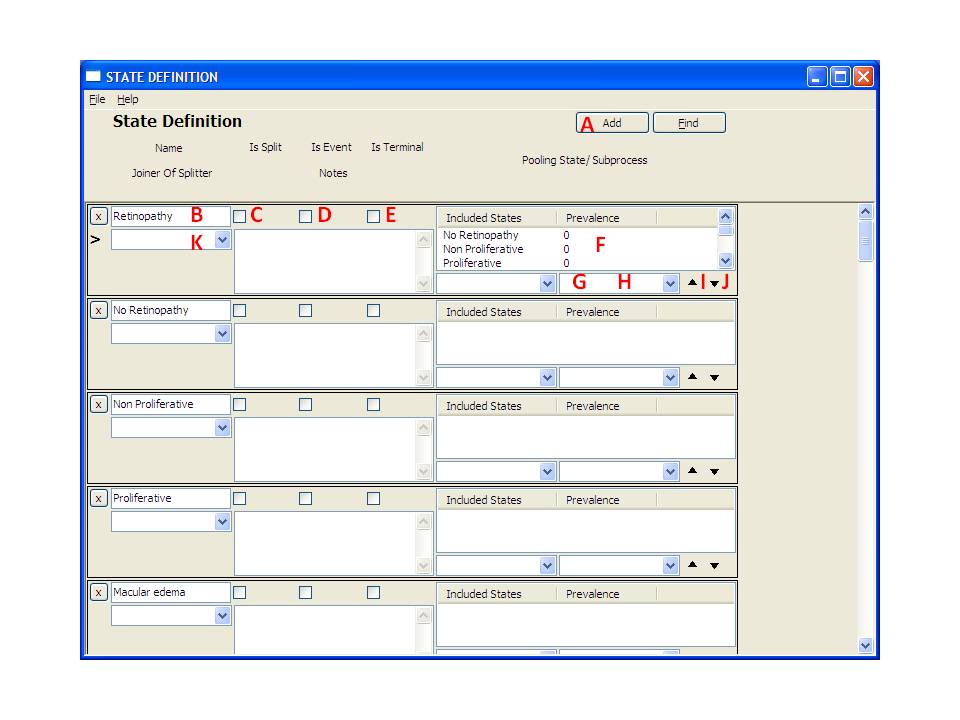 2. This form shows all states in the project. To add a new state, press the 'Add' button (A) on the top right of the form, and a new blank row will appear.
3. Enter the title of the state in the 'Name' box (B).
4. To define a state of type:Normal State: continue to next step.
Event State: check box 'Is Event' (D).
Splitter State: check box 'Is Split' (C).
Joiner State: in drop-down box 'Joiner of Splitter' (K), select the name of the Splitter to be joined.
Terminal State: check box 'Is Terminal' (E).
For a video demonstration on creating states, click here.

5. If the state is a process/pooling state, meaning that it contains other states, make sure all the "child states" within the process have been created first (repeat from step 2). Next, select a "child state" from the drop-down box (G), and click the up arrow button (I). Repeat for all nested states. Remember, when a child state is a sub-process, all of its children are automatically included.

It is important to note that the order in which the child states of a sub-process are defined determine the sort order by which transitions are displayed to the user. So they should be defined sequentially. Note that once a sub-process has been referenced, it is difficult to make changes in the system since changes in a referenced sub-processes will be blocked by the system.
Pooling states are defined for studies that their states combine more than one model state together. The user should define the prevalence of these states. Using the software, pooling states are defined similar to sub-processes with a nonzero prevalence value defined in box (H) before pressing the button (I).

6. When finished, close the States form to save the states. This will trigger validity checking of the data entered; if no error message is displayed, then the data has been saved to memory. Note that the information is not yet saved to a file.

For a video demonstration of creating a process, click here.

8.3 Removing States from a Process

To remove a state from a process:

To permanently delete a state: