1. From the main form, click the 'Populations' button on the left-hand navigation pane. Note that this form can also be accessed by drilling down from the project form. 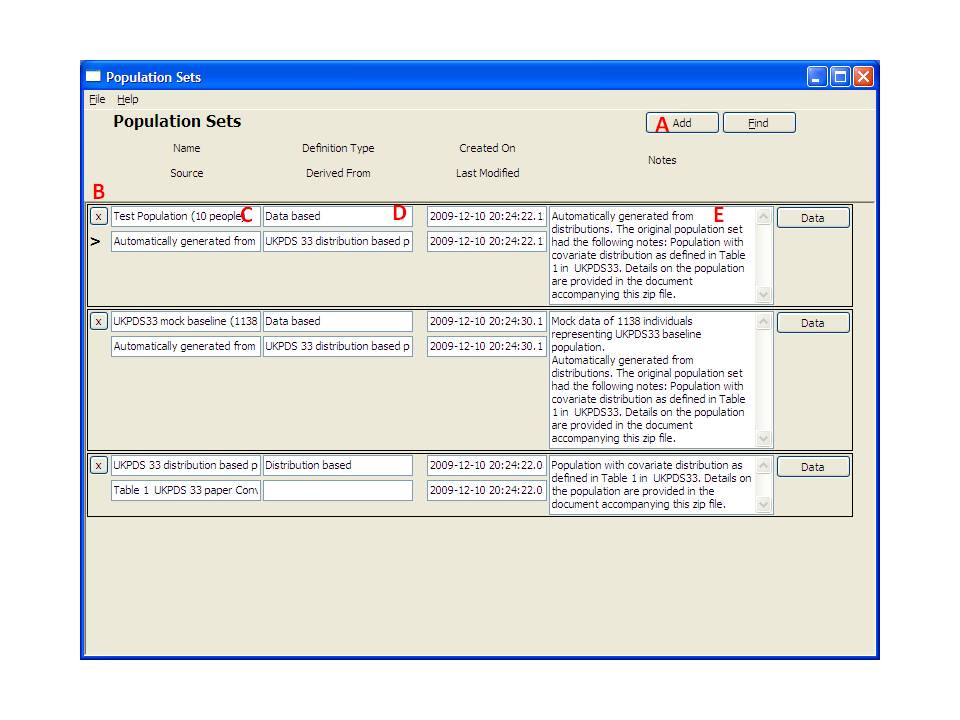 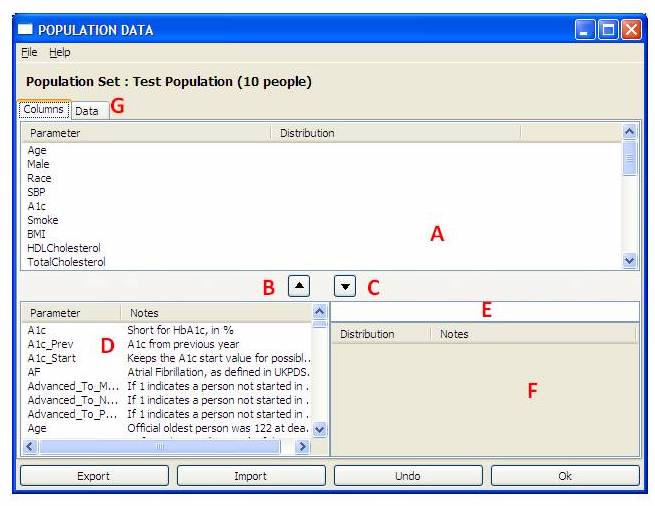 NOTE: When attempting to duplicate a population defined by characteristics published in the literature, it is essential to recognize that the characteristics are not independent. For example, systolic and diastolic blood pressure are very highly correlated (r = ~0.8) and height and weight are also correlated (r ~ 0.5). For example, if height and weight are generated independently, it is likely that some subjects will have extreme body mass indices (BMIs) (i.e., a low weight in a very tall person may yield a physiologically unrealistic low BMI and conversely). Correlated covariates can be generated within the system, by first generating one covariate and then making the second covariate depend on the result of the first (i.e., express the second covariate by a regression function that is dependent on the first covariate).

For a video demonstration on creating a population, click here.

Identify the population, and click the 'X' (delete) button. This may require deletion of other entities and may be difficult if the deletion candidate was extensively used.

The system supports the automatic generation of a population set defined by distributions of its characteristics. This feature can be used to automatically generate population sets in the system according to distributions provided in the literature. To perform these tasks, the following steps should be taken:

Note that generation of a data based population from distributions is controlled by multiple system option parameters that are listed in Parameters.