The Endowment for the Development of Graduate Education (EDGE) fund was established in early 2009 to support graduate students in units affiliated with the Endowment for the Basic Sciences. Each of the EBS Units (nine of them) contributed $25,000 and these amounts were matched by EB ($225,000) with EBS funds. From this, an endowment was created and we are now soliciting contributions to add to this base to be able to supplement the funding of graduate students in future years. Online donations are being accepted via the secure Michigan Online Giving site. 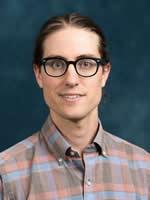 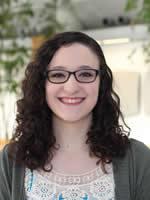 Breane Budaitis is a PhD candidate in the Department of Cell & Developmental Biology, working with Kristen Verhey. Breane’s thesis research is focused on understanding how microtubules and kinesin motor proteins determine cellular organization and drive intracellular transport in mammalian cells. Her work combines computational analysis and in vitro single-molecule assays to define the molecular features that enable kinesin motors to convert the chemical energy of ATP hydrolysis into the mechanical energy of force generation and she has developed assays to explores the roles of motor force generation and motor cooperation within the physiological context of a mammalian cell. 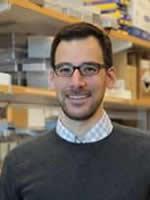 Jason Keil is an MSTP student and the first grad student to join the Kwan lab. Jason is distinguished by a rare combination of ambition and meticulousness, which drives him to pursue bold science in the most methodical way. He is the driving force behind his discovery that chromatin, which is thought to be important to neurodevelopment by regulating gene expression, can also mediate DNA damage repair crucial to proliferating neural progenitor cells. His work highlighted how disruption of chromatin-mediated DNA repair, as opposed to transcriptional regulation, can cause a brain disorder. Jason’s achievements have been recognized by highly competitive awards, including the Autism Science Foundation Predoctoral Award, and a Ruth L. Kirschstein National Research Service Award (NRSA) from NIMH. Although still early in his career, Jason has already established a publication record with seven peer-reviewed articles and two as first author, in addition to his upcoming paper on his thesis project. Without a doubt, Jason is a rising star. 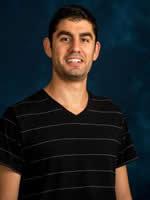 Zachary Mendel is a PhD candidate in the department of Microbiology and Immunology, working in the lab of Dr. Joel Swanson. Zachary’s thesis research focuses on understanding the role of extracellular amino acids in the regulation of macropinocytosis within macrophages. In experiments looking at the effects of single amino acids in buffered saline, Zachary observed that essential amino acids suppress macropinocytosis, whereas non-essential amino acids do not. Furthermore, he has shown that this suppression is dependent on growth factor stimulation. Currently, Zachary is focused on further elucidating the mechanism underlying this suppression. These findings identify a previously unknown regulation of macropinocytosis in macrophages, which may have implications for cancer research 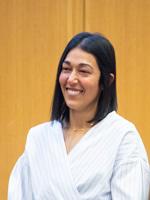 Amanda Moccia is a PhD candidate in the Department of Human Genetics, working with Dr. Stephanie Bielas. Amanda’s thesis research is focused on studies of human genetics to explore novel genetic etiologies and mechanisms of neurodevelopmental disorders. Amanda identified Citron Kinase as a novel genetic basis for Autosomal Recessive Primary Microcephaly. Neural tissue exhibits a unique sensitivity to defects in Citron kinase, particularly during the final stage of mitosis when daughter cells complete their division. Using models of neurodevelopment, Amanda is dissecting the role of Citron kinase in this unique cell biology to understand its contribution during neurogenesis and identify the pathogenic mechanisms that lead to altered brain size 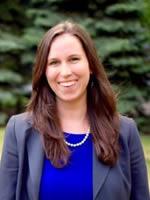 Olivia Palmer’s research couples magnetic resonance imaging with biology in investigations of venous thrombosis and the impacts of exercise on cardiovascular health. 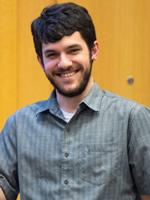 Adam Thelen is a Ph.D. Candidate in the department of Biological Chemistry, working with Dr. Patrick O’Brien. Adam's thesis project is broadly seeking to understand the mechanism and substrate specificity of human and bacterial enzymes that repair alkylation damage to DNA. These pathways are difficult to understand because there are multiple enzymes in the same organism and all of the enzymes recognize many different types of DNA damage. He has recently completed a very rigorous study focused on recognition and repair of 1, N2-ethenoG, which is formed during oxidative stress and conditions of lipid breakdown. This is a deleterious lesion, because it has been shown to block replicative polymerases or to lead to 1-nucleotide deletions if replicated by a lesion bypass polymerase. Although the deleterious effects of this type of damage are known, it is much less clear which enzymes are responsible for detecting and repairing it. 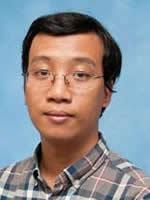 Nguyen Vo’s research focuses on The Use of Circular RNAs as Novel Biomarkers, The Signatures of Copy Number Variations (CNV) and Structural Variants (SV) in Pan-Cancer, The epigenetics of Neuroendocrine Tumors and Integrating high-throughput CRISPR-screening and single cell sequencing. 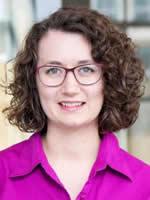 Natalie Warsinger-Pepe is a PhD candidate in the Department of Molecular & Integrative Physiology, working with Yukiko Yamashita. Natalie’s thesis research is focused on understanding the mechanism of nucleolar dominance, a phenomenon where ribosomal RNA genes are activated or silenced at the level of entire rDNA loci. Nucleolar dominance has been discovered in species hybrids and its physiological relevance remained unknown. Natalie is the first to characterize the state of nucleolar dominance in a pure species context to the full extend encompassing the stages of development, and is currently characterizing what factors/chromosomal elements determine nucleolar dominance. 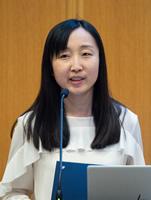