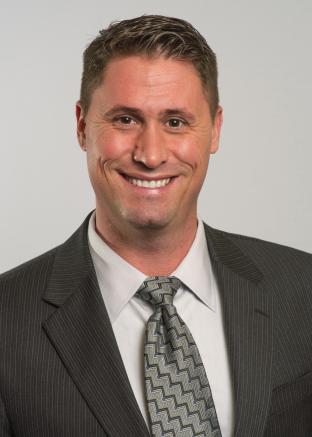 Thomas Hudson Sanderson, PhD is an Associate Professor in the Departments of Emergency Medicine and Molecular and Integrative Physiology at the University of Michigan Medical School.  Dr. Sanderson received his B.S. in Biomedical Sciences from Western Michigan University in 2001 and his Ph.D. in Physiology from Wayne State University School of Medicine in 2006.  Dr. Sanderson was awarded an American Heart Association Fellowship for his doctoral research in 2004, and his research has been continuously funded since beginning his independent research career as an Assistant Professor at Wayne State University in 2009.

Dr. Sanderson joined the faculty of the Department of Emergency Medicine at the University of Michigan in 2017.  He serves as a reviewer for multiple granting agencies, including the American Heart Association, the Department of Defense, and is a standing member of the Neural Oxidative Metabolism, Mitochondria and Cell Death Study Section for the National Institutes of Health.  He has received multiple awards for his research including the “Young Investigator Award” from the American Heart Association, and the “Mitochondria Symposium Award” from the American Society for Biochemistry and Molecular Biology.  His research is well-funded with multiple NIH R01 and SBIR/STTR grants, and multiple AHA, industry, and technology development grants.

Research in the Sanderson lab is focused on understanding brain damage caused by ischemic insults during cardiac arrest, ischemic stroke, and neonatal hypoxia/ischemia. Ongoing mechanistic studies are focused on uncovering novel pathologic mechanisms of inner mitochondrial membrane proteins involved in mitochondrial dynamics, quality control, cristae maintenance, and cell death execution. These studies utilize novel cell and small animal models of brain ischemia in transgenic mice to evaluate mitochondrial dysfunction. A second area of focus is the development and clinical translation of neuroprotective therapies that modulate the activity of mitochondria to reduce brain injury. Pre-clinical large animal studies are ongoing to evaluate a novel therapeutic strategy that limits mitochondrial hyperactivity and prevents ROS production following brain ischemia.  This research has resulted in two awarded US patents, which formed the foundation of the startup company, Mitovation, Inc.  Ongoing studies supported by the NIH and DoD are focused on investigating the mechanisms of this therapy through continued testing in large animals, along with regulatory testing of human therapy devices that can bring this treatment to the clinic.