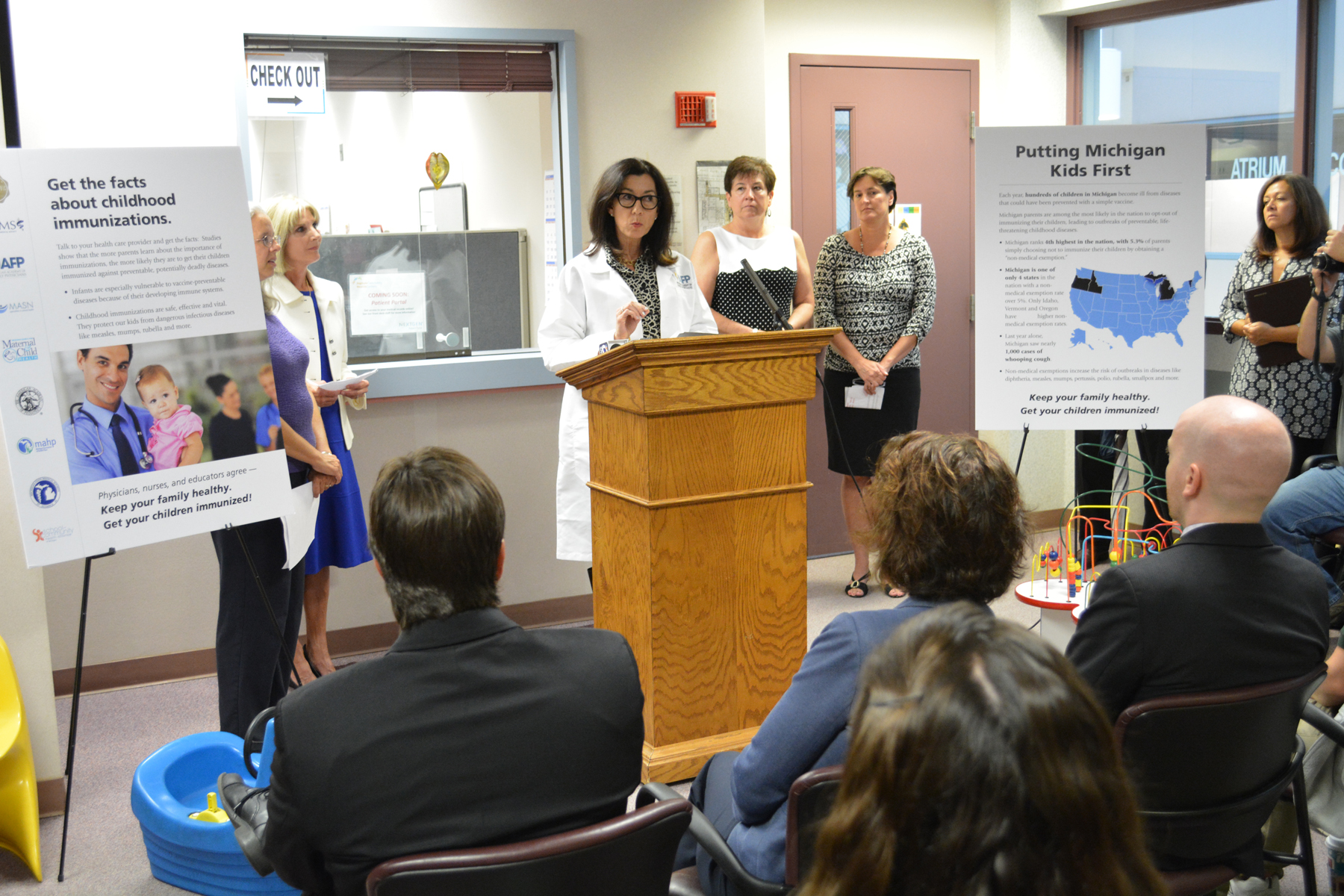 Photo courtesy of the Michigan Academy of Family Physicians

Pamela G. Rockwell, D.O., assistant professor and medical director—Domino's Farms Family Medicine, represented the Michigan Academy of Family Physicians when she spoke at a press conference September 10. Alongside other physicians and nurses, Dr. Rockwell spoke to the specific complications of diseases like pertussis and measles after First Lady Susan Snyder introduced the topic.

"Kids learn best when they're safe and healthy," said Mrs. Snyder. "Ensuring our Michigan kids get the vaccines they need is one of the easiest and best ways to help them learn and thrive and keep classrooms healthy."

"There is no specific treatment or antiviral for measles, and it is one of the most contagious diseases in existence," said Dr. Rockwell. "Measles was considered eradicated in 2000, which means there were no reported cases in the U.S. for 12 full months. Between January 1 and August 29, there are 592 reported cases, and that number is probably low," she said.

Possible complications from diseases like measles and pertussis include encephalitis (inflammation of the brain), pneumonia (water in the lungs), and convulsions (seizures), and death.

Dr. Rockwell recently completed a vaccine fellowship with the American Academy of Family Physicians and serves on the working group that reports to the Center for Disease Control (CDC) in immunization practices.

According to a CDC report, Michigan has the fourth highest non-medical exemption rate in the nation, and more than five percent of Michigan parents are simply choosing not to immunize their children.

"It pains me when I have families come into my practice who choose not to vaccinate their children," she added. 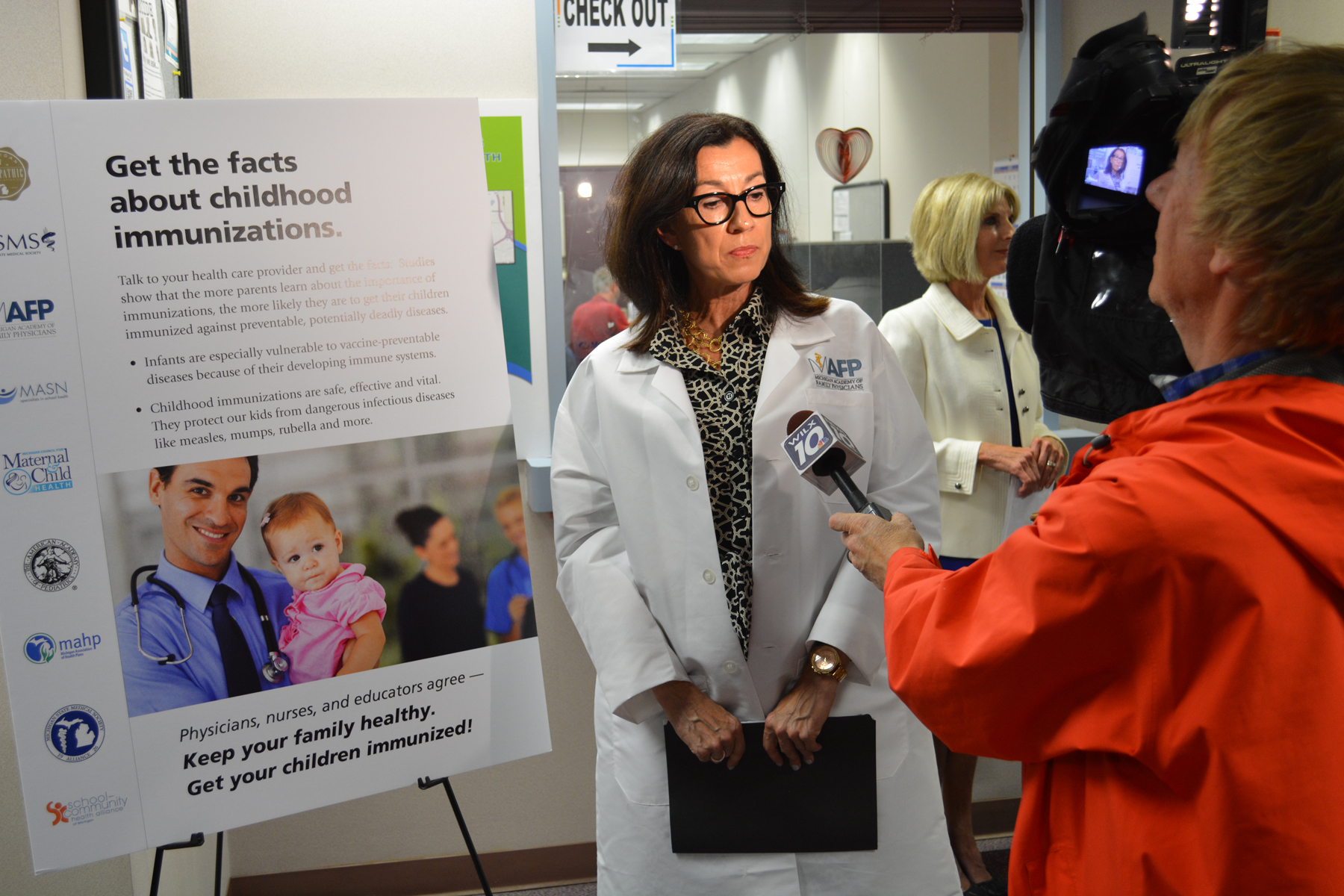 Photo courtesy of the Michigan Academy of Family Physicians

For more information about the effort to promote vaccination, see the following news stories: