As palliative care and hospice use grow and cost pressures continue, new studies probed variation in care and referrals — and found opportunity. 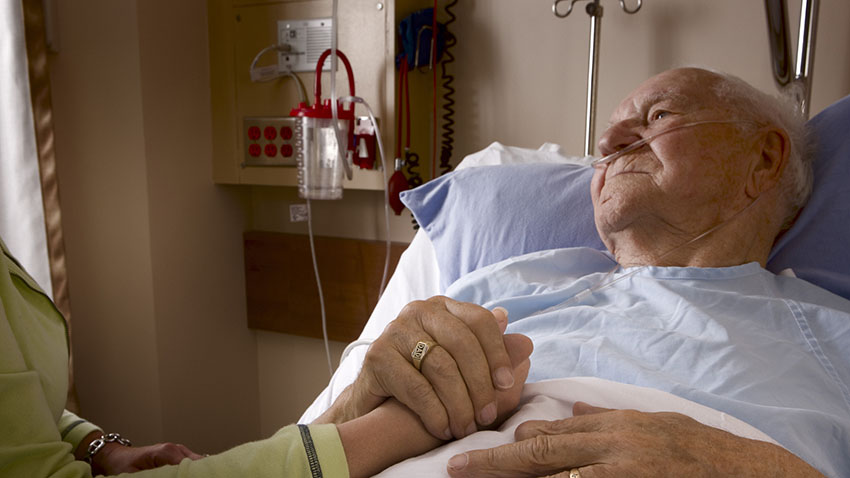 Find the original press release by Kara Gavin, on the MHealth Lab blog

The journey through serious illness, and eventually toward death, might seem like one where specialized doctors would make the ideal guides. After all, they’re equipped with the latest evidence about treatment options and have advanced training in specific diseases.

But for many patients, the primary care physician they’ve seen for years will stay with them on the journey, too — and may be the most consistent guide.

That general internal medicine doctor, or family physician, is their “medical home.” In modern health care payment systems, these doctors are often held accountable for a patient’s overall course of care.

Several new research findings show how important primary care physicians’ role is — and how crucial it will be to make sure they get the needed training. 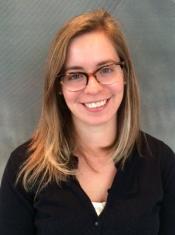 “It’s reassuring that a lot of them feel that palliative care is within their scope,” Ankuda says of the findings, which come from a survey of nearly 11,000 family physicians who were renewing their board certifications in 2013.

Those who said they offered palliative care were more likely to work in underserved rural areas. They were also more likely to be white and more than 20 years into their careers.

This raises concerns about the future of palliative care based in family medicine practices, Ankuda and her colleagues wrote in the Journal of the American Board of Family Medicine.

Ankuda, a family physician by training and a Robert Wood Johnson Clinical Scholar at the U-M Institute for Healthcare Policy and Innovation, studies patterns of care for seriously ill and dying patients. She has also spent time as a scholar at the Robert Graham Center for Policy Studies in Family Medicine and Primary Care in Washington, D.C.

This year, she and colleagues showed great variation among different areas of the country in the involvement of primary care physicians in the last two years of life for 1.1 million patients. Medicare bills for those patients indicated lower costs per patient — by several thousand dollars — and fewer days in the intensive care unit in those areas where primary care doctors were most involved.

That study, published in the Annals of Family Medicine, showed that areas where primary care doctors had the most contact with patients toward the end of life also had lower rates of hospice enrollment: 44 percent, compared with 50 percent of the patients in areas where specialists were more involved in patients’ final years of care.

Ankuda and her colleagues probed this issue further recently in the Journal of the American Geriatrics Society. They studied how often patients with advanced cognitive impairment from Alzheimer’s disease or other dementia were referred to hospice after a hospital stay — and whether the referring physician’s specialty mattered.

In this population of nearly 130,000 Medicare participants over age 65, about 70 percent died within a year of their hospital stays. All the patients studied had serious functional limitations, needing help for basic self-care and often not able to walk or speak.

The role of hospitalists

Doctors referred only 11 percent of the studied patients to hospice care in 2010.

That percentage was more than three times higher than a decade before, suggesting that doctors are recommending hospice to advanced dementia patients and their families more often.

Still, the study finds that the primary care doctors treating advanced dementia patients regularly before their hospital stays were less likely to refer them to hospice. Hospitalists, who see patients only in the hospital and don’t have an office-based practice, were 17 percent more likely to refer to hospice than generalists.

Ankuda notes that hospitalists tend to be younger because it’s a relatively new career choice for physicians, and they therefore may have received more training in end-of-life care than older physicians.

But another factor may play more into the difference, she notes.

“Hospitalists have the ‘fresh eyes’ of seeing a patient they’ve never seen before, while primary care providers may have seen the same patient bounce back from a hospitalization before,” she says. “Or if they’re a primary care physician who is on inpatient duty, they may just intend to change the care plan to refer to hospice after the patient is out of the hospital.”

In other words, a primary care physician who sees a patient slowly decline into advanced dementia may be less likely to recommend hospice care than a hospitalist who did not know the patient before the hospitalization and bases decisions only on the patient’s current state.

Taken together, these findings suggest an opportunity to help primary care physicians better understand the best times to refer patients to hospice or to phase in palliative options while still fighting a disease and its symptoms.

“People are really excited about the potential for primary care as a discipline to expand its involvement in high-quality palliative and end-of-life care,” says Ankuda. “This also fits well into alternative payment models such as accountable care organizations and patient-centered medical homes initiatives that are becoming more common.”

She notes that in primary care settings, not all the palliative care needs to come from physicians; nurses, social workers and chaplains can also be certified in palliative methods and work in a care team.

New training options for palliative care, such as online courses from the Center to Advance Palliative Care and universities, can give physicians and others an opportunity to learn more.

Meanwhile, members of Congress who support expanding access to palliative care and hospice have introduced the Palliative Care and Hospice Education and Training Act several times, most recently in March. It would increase support for training for many types of medical professionals.

“Now that health systems as a whole are more accountable for quality and cost, more of them are thinking about how to use palliative care teams because of what we know about their ability to increase quality of care while having reduced costs as a side benefit,” Ankuda says. “Palliative care does not equal end-of-life care, but when you ask people if they want care focused on quality of life, everyone wants it.”

Find the original press release by Kara Gavin, on the MHealth Lab blog.