A study led by Dr. Elham Mahmoudi finds that state law in New York that mandated physician-patient communication helped some cancer patients get a beneficial procedure. It was published in JAMA Surgery in June. 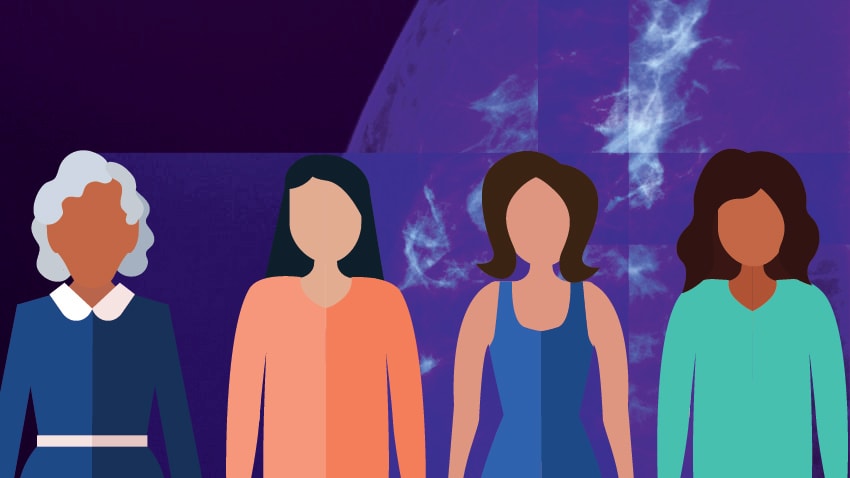 I’m sick and tired. My breasts are going to get cut off. Yeah, I’m stressed.

Who will cover the costs if there’s a complication?

I can’t take more time off work. Who’s going to take care of my kids?

What exactly is the benefit of another surgery?

Breast reconstruction after mastectomy can be beneficial for many breast cancer patients, and insurance covers the surgery. Still, many minority and low-income women express a variety of reasons for not having the elective procedure.

To combat this, researchers and physicians are continuing to find ways to make sure all women understand their options and are aware of the benefits.

In New York state, all it took was one person to make the difference. Evan Garfein, M.D., a surgeon at the Montefiore Medical Center in New York City, wrote a bill that became law in 2011. It requires physicians to communicate the benefits of breast reconstruction to all mastectomy patients.

In a retrospective study of New York state data published in JAMA Surgery, lead investigator and assistant professor of family medicine Elham Mahmoudi, Ph.D. reported an increase in the number of reconstructive surgeries performed post-mastectomy on women of most ethnic groups a year after the law took effect.

“The research shows that when a medical procedure is recommended by physicians and made available by insurance, Hispanics and other minorities usually take advantage of it. But it’s not the same with African-Americans,” she says. “I see a pattern here.”

Other studies by Mahmoudi and different researchers had similar findings. “When medical options were made available to African-Americans, they were not always utilized,” says Mahmoudi.

The study examined only the medical diagnoses and the quantity of reconstruction surgeries post-mastectomy. It did not consider other factors, such as the quality of the communication among physicians and patients or the length or repetition of such discussions. There was also no information about patient preferences or the stage at which the cancer was diagnosed and life expectancy.

At the University of Michigan and elsewhere, researchers are looking into obvious and innovative factors that could provide more information about physician-patient communication. Those factors might include the number of questions the patient asks, eye contact and body language. Researchers need to ask women why they did not have immediate reconstructive surgery, says Mahmoudi.

“By continuing to research and determine other factors that affect minority populations, it’s our hope that more women from various backgrounds and economic groups will take advantage of the resources and medical care that is available to them,” she says.

She also presents a call to action, inquiring: “Who will author the next state law to increase awareness about the advantages and availability of post-mastectomy breast reconstruction?”

Find the original press release by Rosemary Clandos, on the MHealth Lab blog.

Explore more research on breast cancer prevention and recovery and women's health from the U-M Department of Family Medicine.