A remarkable gift from the William Davidson Foundation has jump-started the efforts of the Mary H. Weiser Food Allergy Center as it builds an internationally renowned scientific program to understand, to treat, and ultimately to prevent food allergies. 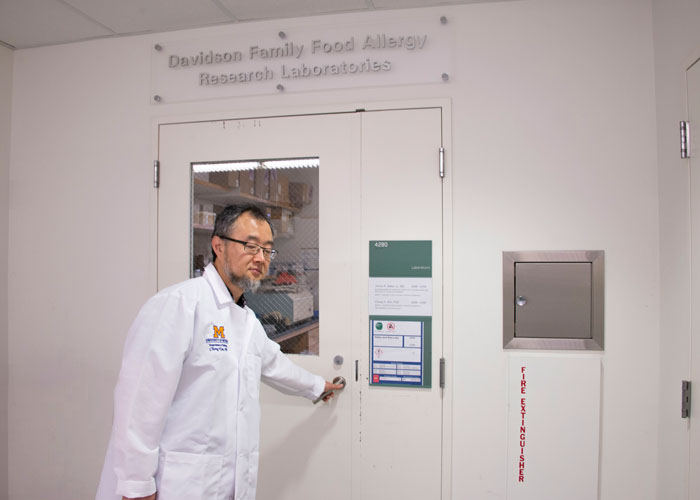 The William Davidson Foundation awarded a generous grant to the Mary H. Weiser Food Allergy Center in March 2015. Thanks to this grant, the Weiser Center was able to accomplish the goals established in its initial five-year plan and begin to build an internationally recognized food allergy research center.

Jessica O’Konek, Ph.D., gained national recognition for her work in food allergy vaccines and has been supported by grants from private foundations.

Catherine Ptaschinski, Ph.D., is examining innate immunity and the development of eosinophilic esophagitis, and has published a number of papers.

The William Davidson Foundation was instrumental in building the center’s research infrastructure and laboratories, which are now known as the Davidson Family Food Allergy Laboratories.

The Weiser Center has successfully built an environment that fosters interaction of researchers within our team and beyond. The Davidson funds supported the center's Food Allergy Pilot Program, which engages research experts from related areas to begin applying their knowledge to food allergy.

The Weiser Center also hosts a monthly lab meeting and journal club series, both of which provide a forum for researchers to meet and collaborate.

The Weiser Center has recruited trainees for clinical and bench research and was able to fund these positions from the support provided by the William Davidson Foundation.

The training of the next generation of scientists and physicians ensures that research and clinical work will continue as we move into the next five years and beyond.