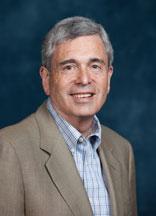 Ambassador Ronald Weiser, a University of Michigan Business School graduate, and Ann Arbor resident, founded McKinley Associates, a national real estate investment firm, in 1968 and served as its Chair and CEO until 2001. McKinley owns or manages real estate in excess of $2.8 billion located in 20 states. He served on the Boards of numerous non-profit organizations including Artrain USA, UNCF, and the Michigan Theater. He has chaired numerous political and judicial campaigns, served as the Michigan Finance Chair for Bush for President (1999-2000) and was National Co-Chair for Senator John McCain (2007-2008). In 2001, Weiser was appointed by President Bush as Ambassador to the Slovak Republic. Their experience inspired the Ambassador and Mrs. Weiser to work with the U of M to establish The Ronald and Eileen Weiser Center for Europe and Eurasia, and the Weiser Center for Emerging Democracies. He has since been awarded many honors including recognition by The U of M Business School in 2005 as the Outstanding Alumni, and in April of that year delivered the commencement address to the Gerald R. Ford School of Public Policy. In 2007 he was named Zell-Lurie Entrepreneur of the Year. He was also the recipient of the 2007 Woodrow Wilson Award for Public Service. He currently serves on the Boards of The Henry Ford, the Gerald R. Ford Presidential Foundation, and the Detroit Institute of Art. In addition to his involvement with non-profits, he was elected in February, 2009 as Chair of the Michigan Republican Party, and in April, 2011 was appointed as National Finance Chair of the Republican National Committee.