A UMMS student’s research project in Kenya finds him viewing health through a new lens: the one in his camera. 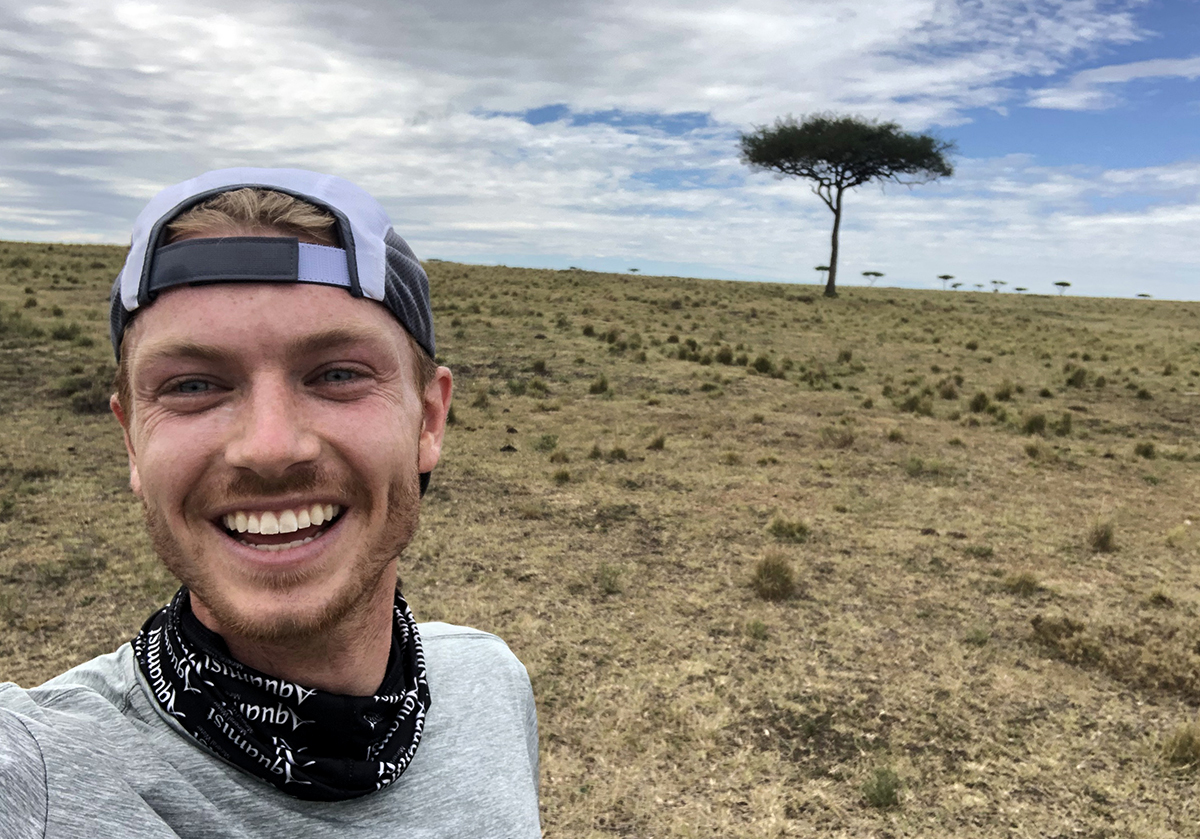 UMMS student Kevin McCawley in Kenya, where he is exploring the effectiveness of visual storytelling to relay public health messages.

Kevin McCawley’s research combines aspects of community health, photography and film as he partners with the Aga Khan University to explore whether storytelling can effectively deliver public health messages in isolated rural communities.

“Two things I love are photography and helping others feel entitled to their health,” said McCawley, an M4. “I came into medical school with the idea that maybe I could combine these passions—supplementing medicine with my interest in photography and storytelling.”

He and his team are working with mothers and newborns who are impacted by—and adapting to—climate change. Behaviors surrounding everything from breast feeding and infant swaddling to collecting clean drinking water have been impacted by warmer temperatures and less predictable weather. How are families and communities managing these changes?

As part of the Climate, Heat, and Maternal and Neonatal Health in Africa (CHAMNHA) research group, and with support from Global REACH, Kevin’s research is based in Kilifi county, in eastern Kenya. The 10-month intervention is part focus group, part documentary, and part public service announcement, and concludes CHAMNHA’s three-year project on climate vulnerability and resilience building among pregnant women and their young ones.

“We want to create a space where these women feel safe to problem solve beyond their communal or familial norms. Documenting the process, and then sharing it within similar communities is a way of saying, ‘Hey, if they can do it, why can’t we?” McCawley said. “It’s an alternative to handing someone a brochure in a place where most news is passed by mouth, or by story anyway.”

The goal of the project is to test the feasibility of the stories and workshops as practical, impactful public health interventions. Among McCawley’s U-M mentors are Professor of Internal Medicine Akbar Waljee, who has extensive partnerships at Aga Khan University, and Joel Howell, Elizabeth Farrand Professor of the History of Medicine and the co-founder and director of the UMMS Medical Arts Program.

“Climate change may be the most critical issue confronting humankind,” said Howell, MD, PhD. “Kevin is making use of an impressive range of techniques to document the quotidian lives of many of the most vulnerable residents of Kenya. In addition to helping those communities cope with the changing climate, his results may help enlighten us at the University of Michigan Medical School as to the ways in which specific cultures inform our own lived existences.”

McCawley first became interested in photography when, as undergraduate at Arizona State, he helped start a marketing company. Marketing gave way to medicine, but his enthusiasm for making photographs and videos continued. Between his first and second years of medical school, he had the opportunity to spend five weeks in Alaska shadowing a physician who traveled between remote Arctic villages to treat the residents. As a side project, he documented the experience with his camera.

In Kenya, McCawley is pushing the concept further, not capturing images himself, but deliberately handing the camera over to his collaborators so they can tell their own stories.

“It was clear to me it should really be local voices telling the community’s story,” he said. “A newly realized passion of mine is exploring how a clinic can connect with a community. In this case, that meant getting the community on both sides of the camera.”