U-M study: The use of statins, an important drug to prevent heart disease, lags in LMICs

Inexpensive and effective, cholesterol-lowering statins are ubiquitous in the United States to reduce the risk of heart disease. But a new study finds infrequent use in low-resource countries. 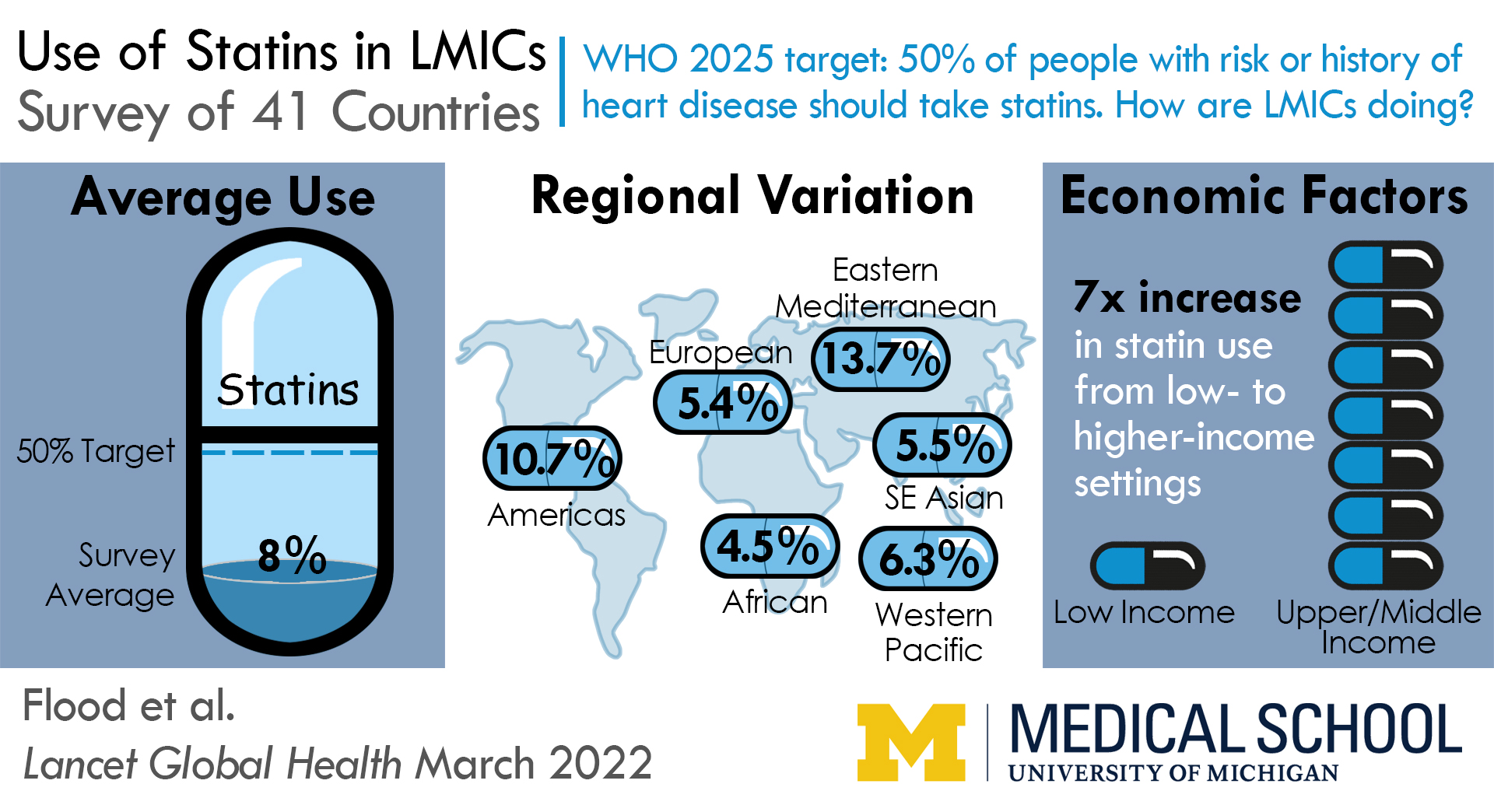 David Flood has made many visits to Guatemala, where he is active in an NGO that focuses on emergency services. Returning time and again to the clinic there, one thing stuck out.

“In the United States, statins are quite common and are a routine part of chronic disease care.,” said Flood, MD, MSc, a Clinical Instructor of Internal Medicine. “But in 10 years of visiting Guatemala, I’ve only seen a handful patients on a statin. I’ve often thought ‘Where are all the statins?’”

Flood wondered whether his anecdotal observations about the cholesterol-lowering drugs were limited to Guatemala, or if they might apply to other resources-limited settings. One year and an expansive international survey later, he has his answer. His new paper in Lancet Global Health documents that statins—commonly prescribed in the US and other high-income countries—are given much less often in low- and middle-income country (LMIC) settings.

Analyzing data from 41 LMICs, the research team found that, among patients with identified risk factors or a history of heart disease, fewer than 1 in 10 is on a statin. The World Health Organization, as part of a growing emphasis on noncommunicable diseases, has set a goal that half of these eligible patients should be taking statins by 2025. Yet not a single country in the study approached the 50% mark for primary prevention (where risk factors have been identified). Just one country, Iran, met the target for secondary prevention (where the patient has already had a heart attack or stroke).

Flood’s study colleagues included 20-plus researchers from a dozen countries: the US, Germany, South Africa, Nepal, Uganda and more. All are members of the Global Health and Population Project on Access to Care for Cardiometabolic Diseases (HPACC), an international population data network that Flood helps to lead. He is the paper’s first author.

“The opportunity to collaborate with people from around the world was amazing,” Flood said. “My colleagues were so willing not just to share their data, but to offer their ideas, comments and feedback. As a researcher largely confined during the pandemic to the home office in my basement, their enthusiasm for the work was inspiring.”

In addition to the low overall statins usage, the team found a wide discrepancy across different regions. African countries in the study averaged 4.5% use for primary prevention, compared 10.7% in the Americas and 13.7% in the Eastern Mediterranean. Not surprisingly, there was a strong positive correlation between economics and overall use. Eligible patients from the upper-middle income countries in the survey were seven times more likely to be on a statin than those living in low-income countries. 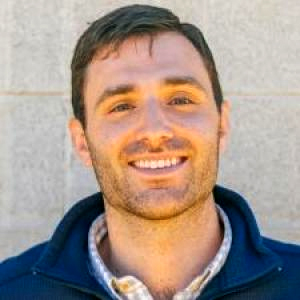 “The numbers are pretty striking. Statins are one of the most important medicine we have for preventing heart disease. Generic versions of these drugs have been available for 15 years, so it’s not only a matter of their cost. Something else is going on,” Flood said.

He hypothesizes that a chief factor could be recent changes in the way the drugs are typically prescribed.

“For a long time, we only used statins if we could regularly measure cholesterol. That was the traditional model, and it required lab access and resources that may not be as widely available in these settings,” Flood said.

More recently, the growing body of research has shown statins to be effective for people at high risk of cardiovascular disease regardless of their impact on cholesterol, and the drugs have gradually been decoupled from use only among people with high cholesterol—at least in the United States. Flood believes this disassociation has yet to take root everywhere.

“One thing is certain: as populations age and countries become wealthier, there is going to be more heart disease. It’s a pressing problem,” Flood said. “I’m really interested in implementing care and exploring policies to address this gap.”