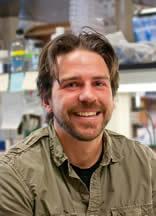 Why are 1 out of every 6 couples infertile?

When two XY species hybridize, why are the resultant males rare, absent or infertile?

These two apparently unrelated questions motivate our research, which is converging towards a common answer. Our laboratory addresses these questions by studying the genetic and molecular basis of male infertility in the context of evolution.

In support of our approach, evolutionary biologists have observed that male infertility is typically the first barrier to reproductive isolation between two recently diverged species. In cases where the genetic basis of reproductive isolation is understood, the genes share three prominent features; they are rapidly evolving, typically reside on the X chromosome, and are expressed in cells that give rise to sperm. Our lab has identified genomic structures that share these three characteristics, X-amplicons: evolutionarily recent, lineage-specific segmental duplications on the human and mouse X chromosomes that harbor genes expressed almost exclusively during sperm development. Using molecular genetics, development biology, and genomics we are exploring the reproductive functions of X-ampliconic genes, the biological significance of X-amplicon genomic architecture, and the regulation X-ampliconic gene expression during sperm development. Our long-term goal is to translate our studies of X-amplicons into a better understanding of why 1-2% of otherwise healthy men cannot produce sperm.