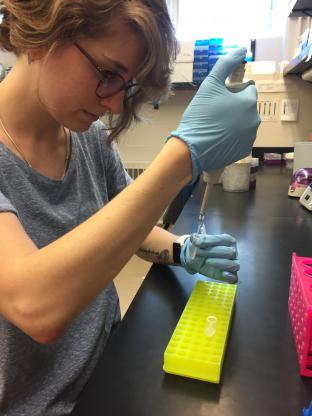 Seminal fluid proteins protect and nourish sperm on their journey through the female reproductive tract. Consequently, there is a direct connection between seminal fluid proteins and male fitness. Interestingly, many seminal fluid proteins have shown unprecedented rates of rapid adaptive evolution and subsequent divergence compared to non-reproductive proteins, often resulting in strikingly distinctive seminal fluid protein compositions between closely-related species. This divergence is commonly suggested to play a role in reproductive isolation between diverging lineages; however, the extent to which this occurs in natural populations remains unknown. Formerly allopatric populations that come into secondary contact and create hybrid zones offer rare and unique opportunities to study the natural processes that contribute to reproductive isolation between diverging lineages. Therefore, it is surprising that mammalian hybrid zones have not been used to determine patterns of introgression of seminal fluid proteins expressed in wild populations. My research is primarily focused on discerning reproductive barrier loci amongst the seminal fluid transcriptomes of two species of howler monkeys and their hybrids, where reduced introgression of neutral microsatellite alleles has already been observed. By understanding the factors that prevent or facilitate gene flow in this system, I hope to provide insight on the general mechanisms of divergence that give rise to new species.