Nineteen University of Michigan researchers are among 702 newly elected fellows of the American Association for the Advancement of Science. The new fellows are being honored for their efforts toward advancing science applications that are deemed scientifically or socially distinguished, AAAS announced on November 29, 2012.

John Moran, the Gilbert S. Omenn Collegiate Professor of Human Genetics and Professor of Internal Medicine, is honored for seminal contributions to understanding the molecular genetics of mobile repetitive elements and their role in shaping the human genome.

For the complete release, go to: http://ns.umich.edu/new/releases/21008-nineteen-u-m-scientists-and-engin...

The tradition of AAAS Fellows began in 1874. Members can be considered for the rank of Fellow if nomanated by steering groups of the association's 24 secions, by any three Fellows who are current AAAS members, or by the AAS chief executive office. The organization's policymaking council votes on the final list.

Founded in 1848, AAAS is the world's largest general scientific society and publisher of the journal Science. 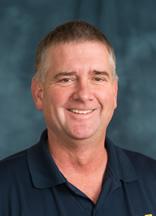