The American Society of Hematology (ASH) recently recognized David Ginsburg, MD, of the University of Michigan in Ann Arbor and Howard Hughes Medical Institute, and Richard H. Aster, MD, of the Blood Center of Wisconsin and Medical College of Wisconsin in Milwaukee, with the 2012 Henry M. Stratton Medal for their accomplishments in the fields of thrombosis and blood cell immunology. Drs. Ginsburg and Aster accepted their awards on Tuesday, December 11, during the 54th ASH Annual Meeting and Exposition in Atlanta

The Henry M. Stratton Medal is named after the late Henry Maurice Stratton, co-founder of Grune and Stratton, the medical publishing house that first published ASH’s journal Blood. The prize honors senior investigators whose contributions to hematology are well-recognized and have taken place over a period of several years. This year, for the first time, the Stratton Medal will be awarded to two individuals, one in basic research and the other in clinical/translational research. Dr. Ginsburg will receive the 2012 Stratton Medal for Basic Research for his many seminal scientific contributions in characterizing the molecular and genetic basis of inherited bleeding and clotting disorders. Dr. Aster will receive the 2012 Stratton Medal for Clinical/Translational Research for his many breakthroughs in platelet immunology, mainly in drug-induced antibodies, human leukocyte antigen anti-platelet antibodies, and neonatal thrombocytopenia.

Dr. Ginsburg is the James V. Neel Distinguished University Professor of Internal Medicine, Human Genetics, and Pediatrics at the University of Michigan and an Investigator of the Howard Hughes Medical Institute. Dr. Ginsburg has dedicated his medical career to understanding the clotting system and has made many contributions to the field of hematology, including identifying the genetic basis of numerous clotting disorders, such as thrombotic thrombocytopenic purpura (TTP), combined deficiency of Factor V and Factor VIII, and von Willebrand disease (VWD). Beginning with the cDNA cloning of VWF in 1985, Dr. Ginsburg and his colleagues demonstrated how different mutations in the VWF gene resulted in the variable subtypes of VWD, a focus which also led to his group’s identification and cloning of the ADAMTS13 gene as the cause of TTP.

The quality and impact of Dr. Ginsburg’s research have been recognized by numerous prestigious honors and awards. In addition to receiving ASH’s 2000 E. Donnall Thomas Lecture and Prize, Dr. Ginsburg is an inductee of the Institute of Medicine and National Academy of Sciences and has been honored with the National Institutes of Health (NIH) Merit Award, the American Heart Association Distinguished Scientists Award, and the American Society for Clinical Investigators ASCI/ Stanley J. Korsmeyer Award. Dr. Ginsburg’s scientific contributions are only a part of his overall impact on the field of hematology. Another important facet of his contributions is evidenced by the numerous scientists and clinicians that he has mentored over the years, many of whom have made remarkable discoveries in hematology. 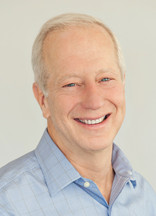