"Meeting Global Challenges: Discovery and Innovation" is the theme for the 2014 AAAS Annual Meeting but it also describes the achievements of the new AAAS Fellows.

Diane Robins, Professor of Human Genetics and Research Scientist for Reproductive Sciences Program, is among the 388 newly-elected AAAS Fellows of the American Association for the Advancement of Science, along with seven other University of Michigan scientists and engineers recognized by their peers for their efforts to advance science or its applications.
Dr. Robins is honored for distinguished research contributions in the fields of molecular endocrinology and cancer genetics, including insights into androgen receptor function, as well as for outstanding leadership in graduate education and for service to scientific organizations.

The new AAAS Fellows, whose names were published in the 29 November issue of Science, will be honored at the AAAS Fellows Forum on Saturday, February 15 during the AAAS Annual Meeting in Chicago, where they will receive a certificate and a blue and gold rosette as a symbol of their distinguished accomplishments.

Founded in 1848, AAAS is the world's largest general scientific society and publisher of the journal Science. The tradition of AAAS fellows began in 1874. Members can be considered for the rank of fellow if nominated by steering groups of the association's 24 sections, by any three fellows who are current AAAS members, or by the association's chief executive officer. The AAAS policy making council votes on the final list.

In 2012, U-M led the nation with 19 scientists and engineers elected as AAAS fellows. Congratulations to Diane Robins on this outstanding award. 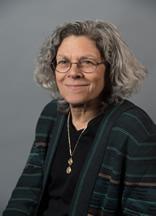