John M. Carethers, M.D., honored as one of the most inspiring Black scientists in America. 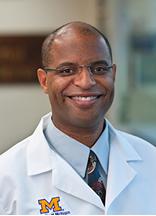 Maya Angelou once said, "We delight in the beauty of the butterfly, but rarely admit the changes it has gone through to achieve that beauty.” This can be said for Black culture in its entirety.

Black culture is the archetype for innovation, distinction, creativity, intelligence, spirituality, and healing. Black culture is distinct, and it has a heavy influence on American and global cultures. Likewise, Black talent is both ubiquitous and abundant, but the excellence of Black people is often obscured. To remove the bleach from the history books, the Community of Scholars formed this list of inspiring Black scientists. We are also here to dismantle the myth that outstanding Black scientists make up a small percentage of the scientific community.

We are here to compel and imbue the next generation of Black scientists and other minoritized individuals to enhance and empower our culture’s dignity. We also emphasize the need for continued appropriation of resources and the removal of obstacles and racial barriers to continue to amplify Black culture and talent. We hope that this post generates the zeal necessary to help people become well-rounded persons excluded because of their ethnicity or race (PEERs) that is not thought of as a statistic that must achieve token status or an individual that is already phenotyped and genotyped before testing the hypothesis.

Navigating a scientific career is often regarded as the pinnacle of independence. However, as science becomes more of a collaborative discipline, we as Black people must free our minds of the crab mentality, the metrics of comparison amongst each other, and the bondage of tokenism. Political activist Marcus Garvey once said, "We are going to emancipate ourselves from mental slavery because whilst others might free the body, none but ourselves can free the mind." As a people, we must honor the immense battle it took to acquire a doctorate from a country that was not appreciative of Black talent. We challenge the leaders in science to rectify the leaky pipeline that hinders PEERS to create and innovate at their fullest potential. We challenge others to carry individuals with the opportunity of chance and not the opportunity of prejudgment. No longer should we wait and sit back for others to acknowledge our accomplishments. Now is the time to acknowledge each other, our talents, our accomplishments, and reclaim the knowledge that could have been lost.

Over this past year, we have encountered myriad individuals who’ve helped push us to the next level. We would like to say thank you as we publish the last of the Inspiring Scientists posts. We encourage the next generation to build on the list so that it can reach more names. We would also like to thank all of the scholars we did not have space to add--you are not forgotten, and we will find a way to uplift your voice as well. We also would like to thank the original community scholars and the associate members that helped make this post possible.We also would like to thank the original community scholars and the associate members that helped make this post possible. We like to especially thank Drs. Antentor O. Hinton Jr., Chantell Evans, Florentine Novotny Rutaganira, Edgar Garza, Caroline Palavicino-Maggio, Melanie R. McReynolds, Haysetta D. Shuler, Zer Vue, Elise Spencer, Ricardo Correa, Christina M. Termini, Brittany L. Taylor, Reanna S. Roby, Daniel L. Gonzales, , and Sarah A. Owusu. We also highlight scientists committed to serving diverse student populations across various platforms. While we understand that this list is largely incomplete and not fully representative of the Black/African/Afro-Caribbean/African American/African Latinx scientific community, we hope it will begin to change the narrative of the definition of a scientist to be more representative of our larger society. Personally, Dr. Hinton would like to thank the undergraduate students that he mentors, which includes Margaret Mungai, Jacob Lam, Han Le, Jake Kazma, Tartil Ali, Taha Gesalla, Benjamin Kirk, Salma Ashshareef, Innes Hicsasmaz, and Elge "Tony" Stevens. Additionally, Dr. Christina Termini would like to thank her undergraduate mentee Amara Pang who helped assemble the list. The students spent countless hours to cross check names, titles, and affiliations. We also would like to thank our grant agencies for their support in our DEI efforts, which includes Howard Hughes Medical Institute Hanna H. Gray Fellowship Fund, the Damon Runyon Cancer Foundation, the Burroughs Wellcome Fund, the University of California President's Postdoctoral Fellowship, the Ford Foundation and the E.E. Just Postdoctoral Fellowship. Lastly, we would like to thank Diversify STEM Conferences, Ann C. Palladino, and Victoria Ortega for their efforts.

This post is for the present, but it is also a foundation of the future. This is for our brothers and sisters that believed that they were alone in the struggle or did not know that there were others like them. For the Black scientists whose quirkiness was ridiculed not accepted. We hope that this post enables the next generation to fulfill their need to change the world. Know you are the champions of change, know that you are the gladiators of purpose, grow in confidence, and do not wane.