Charles Parkos, MD, PhD is the Carl V. Weller Professor and Chair of the Department of Pathology at the University of Michigan Medical School. He received his MD/PhD degree from the University of California at San Diego and Scripps Research Institute in 1987, where his studies centered on determining the molecular basis of reactive oxygen species generation by neutrophils and identification of the molecular defect in Chronic Granulomatous Disease. In 1988, Dr. Parkos began residency and fellowship training in Pathology at Brigham and Women’s Hospital, with subspecialization in diagnostic gastrointestinal surgical pathology. While at Harvard Medical School, he began investigating fundamental mechanisms of dysregulated leukocyte trafficking across the intestinal mucosa, as observed in people with Inflammatory Bowel Disease (IBD). Dr. Parkos received his first independent NIH grant in 1995 and has been continuously R01-funded by multiple grants for over 25 years. In 1997, he was recruited to Emory University School of Medicine as a senior faculty member and Director of the Division of Gastrointestinal Pathology, and became a full Professor in 2003. In 2008 he was appointed Vice Chair in the Department of Pathology and Laboratory Medicine and Director of Experimental Pathology at Emory University School of Medicine. In September 2014 he was recruited to the University of Michigan Medical School as Chair of Pathology. In the laboratory, Dr. Parkos has had a career-long interest in elucidating mechanisms of inflammatory bowel disease, expanding his interests to identification of molecular mechanisms guiding neutrophil trafficking through the mucosa, and specifically across the intestinal epithelium. His studies have been instrumental in gaining a clearer and more precise understanding of how neutrophils and other leukocyte populations find, adhere, and migrate across the intestinal epithelium. Dr. Parkos has used state-of-the-art molecular and cell-based approaches in complex cell biological systems to elucidate the roles of many epithelial and neutrophil proteins in regulating leukocyte trafficking across the intestinal mucosa and how interactions influence epithelial barrier function. During his career, Dr. Parkos has published more than 189 scientific manuscripts, many in outstanding journals such as Proc Nat Acad Sci, J Exp Med, Immunity, Cell, Nature, J Cell Biol, J Clin Invest, Mucosal Immunology, Gastroenterology, and Mol Biol Cell, and is a regularly invited speaker at international symposia related to his field. In addition to his research, Dr. Parkos has a longstanding commitment to teaching, training, and mentorship at all levels, including graduate and medical students, postdoctoral fellows, and junior faculty. Many of whom have gone on to highly successful academic careers in related areas. He had senior leadership positions in Emory University’s Medical Scientist Training Program where he served as a co-director from 2001 to 2006 followed by appointment as Director until leaving Emory in 2014. During this time, the MD/PhD program experienced significant growth to 88 students. During this time, Dr. Parkos demonstrated a high level of commitment to service, promoting research in the areas of experimental pathology and mucosal immunology. His efforts to promote the discipline of experimental pathology resulted in his election to, and service in, the roles of Vice President (2008-2009), President Elect (2009-2010) and President (2010-2011) of The American Society of Investigative Pathology (ASIP). At the same time, he has also been a strong advocate for the Crohn’s and Colitis Foundation of America in promoting basic research directed at better understanding the pathogenesis of Inflammatory Bowel Disease. Since 2000, he served for six years on senior research grant review committees, and recently finished a three year term as chair of the research committee that scientifically reviews all CCFA Fellowship and Career Development Awards.

Dr. Parkos has a career-long interest in basic mechanisms of inflammation, beginning with studies that were among the first to define the molecular basis of Chronic Granulomatous Disease, a human condition that results from defects in oxidant-mediated killing by innate immune cells (neutrophils), and then extended to studies of the biology and molecular basis of interactions between leukocytes with epithelial cells. He has a distinguished track record in these areas and, for the past 20 years, has been a major contributor in modeling the process of leukocyte transepithelial migration and effects on epithelial barrier function as it relates to mucosal inflammation and inflammatory bowel disease. His work has defined key differences and similarities between the processes of leukocyte migration across vascular endothelium and migration across mucosal epithelial barriers. He has applied state-of-the-art molecular and protein approaches to complex cell biological systems and identified a number of epithelial and neutrophil proteins that play critical roles in mucosal inflammation including CD11b/CD18, CD47, SIRP, and, most recently, specific members of the JAM family of proteins. Over the past several years, he has extended his studies to in-vivo and ex-vivo animal models of inflammation that have provided key insights into the relationship between epithelial permeability and pathologic versus homeostatic inflammatory responses. 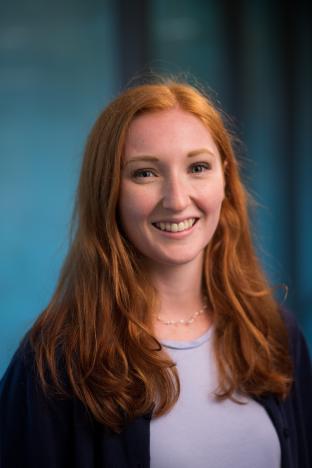